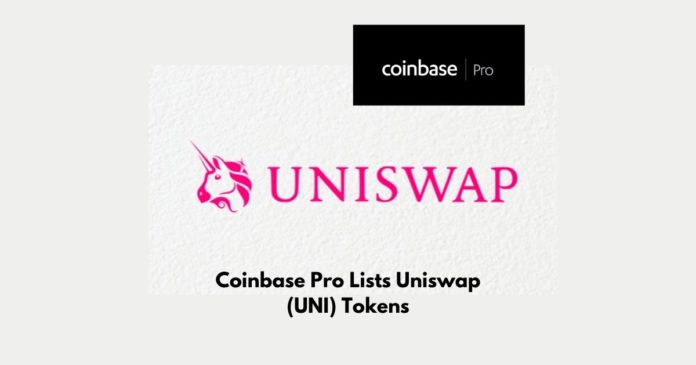 While most projects wait for a long time before getting listed on Coinbase, the same cannot be said of Uniswap (UNI) tokens. The listing on Coinbase Pro comes a few hours following the token’s launch.

The exchange announced on Thursday, September 17, 2020, that UNI deposits were now accepted on its platform. Coinbase added that trading the UNI tokens will commence immediately once adequate liquidity is reached on the platform. UNI, Uniswap’s governance token, will be traded against the U.S. dollar and will be available in all of the Coinbase Pro’s jurisdictions with the exception of New York.

The exchange notes that the UNI-USD order book will launch in three phases. The three phases are post-only, limit-only, and full trading. Any of the new order books may be kept in one state for a longer period of time if the exchange feels that it does not meet their requirements for an orderly and healthy market.

Although Uniswap is now on Coinbase Pro, no announcement has been made in terms of its availability on the Coinbase retail-based platform.

The DeFi platform Uniswap was launched in 2018. With DeFi protocols on the rise this year, the Uniswap protocol hasn’t been left out of the surge. The DeFi platform is one of the founders of a special type of trading platform known as “SWAPS.” Swaps make use of “smart contract-based liquidity pools” to trail prices and carry out trades.

Alternatively, Coinbase employs the more conventional order book method. Using this method, trades are simply matched against a list of buys and sells. These trades are then carried out at the best prices available.

Uniswap plans to issue one billion UNI tokens to community members, its founders, and team members over the next four years. The tokens will serve as a governance token, providing holders with voting rights in making important on-chain decisions on Uniswap.

Recently, Uniswap lost 70% of its liquidity due to a massive flow of tokens to SushiSwap. Overall, about $830 million worth of digital assets were transferred to as part of the ongoing SushiSwap saga. Uniswap has rebounded, now boasting a USD TVL of $1.6 billion. 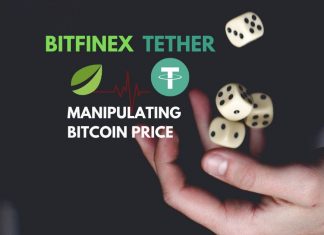 Arguing in Vain: Who is Responsible for the 2017 Bitcoin Surge?

Deepika Garg - November 5, 2019 0
Bitcoin’s 2000% price surge in 2017 intrigues the researchers to date. According to recent claims, it was a single whale that sent Bitcoin price...

Should XRP have no value at all?