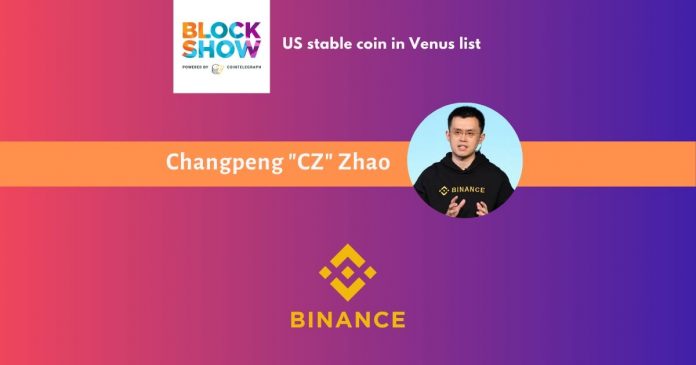 After positioning Venus as a government-friendly project compared to Libra, Binance CEO Changpeng Zhao shared that the project is doing “pretty well”. We got to know more straight from the horse’s mouth. Speaking at BlockShow Asia 2019, CZ unveiled some important details.

Thus, CZ shared that Binance US Dollar (USD) will back Venus as the first stable coin. And the exchange has more than one reason to pick USD.
According to Binance’s co-founder, US stable coin is gaining visible regulatory acceptance. To support his statement he mentioned how Bermuda started accepting a U.S. dollar-pegged cryptocurrency earlier last month. And he says it is a big thing. On October 16th, the Government of Bermuda announced that it will accept USD Coin (USDC) for taxes and government fees.
Previously, Binance chief compliance officer, Samuel Lim had assured central banks and regulators that Venus will not be taking away the power from them. Unlike Libra which is ostensibly doing precisely that.
As per CZ, smaller government bodies are acting faster to adopt blockchain and cryptocurrency as compared to larger countries. That said, he also shared that Binance is planning to expand its presence in Southeast Asian markets.
Libra is an “interesting case”
Commenting on Facebook’s project Libra, CZ shared a more personal opinion. According to him, cryptocurrency users are privacy sensitive and that is one important point where Libra might face adoption challenges. In his own words, he has no personal sentiments against it.
Furthermore, he made it clear that listing Libra on Binance will be purely driven by the user’s choice. That said, if it achieves significant followership, Binance will have no choice but to list it. 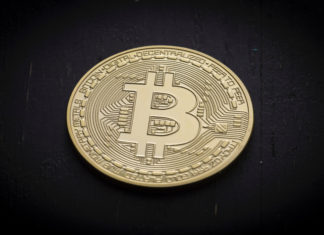 Luc Lammers - November 7, 2018 0
Overstock CEO and Bitcoin bull, Patrick Byrne, told in an interview with crypto Youtuber Naomi Brockwell, that he still believes cryptocurrency will be the...

This Project Can Be Your Gaming Entry to Algorand