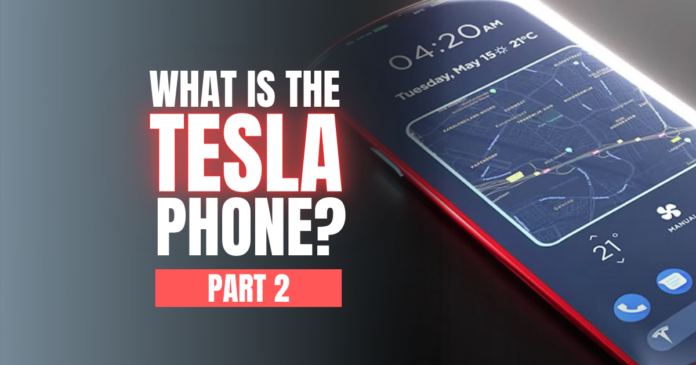 Tesla plans to launch its first Tesla phone in December. That’s what online rumors claim! After a successful endeavor in automobiles and space, the company is now entering the smartphone market to compete with smartphone OEMs like Samsung and Apple. You can see the first part of this article.

The notion of a Tesla phone—rumored to be called the Model Pi/P—has been circulating online. Let’s discover more about this exclusive phone that will come live soon.

What’s different from these generic specs is the processor. Tesla will be using their custom chipset called the Tesla processor. Similar to how Tesla designs and manufactures most of its auto parts, allowing the firm to consider pricing and quality, the same should reflect in their smartphones.

is this for real ?

"After being successful in the car industry, Tesla decided to step up their game by stepping into the field of mobile manufacturing. $TSLA will launch its 1st phone in December 2022."https://t.co/RNuyLrALOi pic.twitter.com/MUO3EhlA6y

Rumor has claimed that Tesla will build solar cells into the phone, enabling charging without an electrical power source. Given the company’s environmentally conscious image, this rumor could be true. Starlink, a satellite-based internet service offered by SpaceX, will work with the model Pi smartphone. Now let’s get into the exciting part!

Can a Tesla Phone Mine Crypto?

It is no secret that Elon Musk is an avid crypto advocate. He has previously been open about his support for Bitcoin and Dogecoin. So it makes sense to imagine that he would seek to incorporate cryptocurrency mining capabilities into phones. Rumors claim that Tesla Pi will be able to mine cryptocurrencies.

Crypto mining is a process by which you can gain new crypto assets by solving arbitrary mathematical equations generated by the network. Mining requires a lot of computing power. While mining cryptocurrency on a smartphone is technically possible, it is generally not profitable.

So, the rumor is that Tesla Pi would mine a new coin called MarsCoin (a name Musk tweeted before). Although unlikely, it could also mine BTC or DOGE, Musk’s favorite coin. They might create mobile payment and digital wallet services like Apple’s apple pay or Samsung’s Samsung Pay, but with a crypto touch. There is also a possibility that the Tesla Model Pi phone could incorporate cryptocurrency debit cards or services like lightning.

We don’t have any official info yet and can only speculate how Elon plans to assimilate Crypto into the Tesla mobile.

Will a Tesla Phone Use Neuralink?

Elon Musk established Neuralink to create technologies to treat people with severe brain ailments and to enhance human activity in the future. The company is developing the Neuralink chip, an implantable brain-machine interface (BMI) that can stimulate and record brain activity in people. We don’t know when the Neuralink device will be usable because the FDA hasn’t approved the human trials of the device.

Neuralink is attempting to connect computers to the brain, a concept that is still a science fantasy. Integrating this tech into a smartphone would undoubtedly be a revolution. Not just in the smartphone industry but in the real world as well. Imagine your phone working by receiving signals from your brain! It will completely redefine our daily life.

Tesla's new Pi Phone will connect to a Neuralink chip drilled into your brain!

That way, you can scroll through apocalyptic headlines without ever getting germs on your hands.

An unreleased version of the tech can be used on any phone using the Neuralink app, and seeing it here would also make sense, given that Musk owns Neuralink. But the tech is still not FDA-approved or available. And if one of the long-term goals of brain-connected tech like Neuralink is to eliminate phones, then it would be counterproductive to put effort into one.

It makes much more sense to release a tamer Tesla phone first. We’ll have to wait a few more years if Tesla delays the launch of this phone until implantable brain-machine interfaces are available. Since the technology’s primary objective is to assist the paralyzed, it will take even more time to be available on the Tesla phone. Neuralink is still a long way from producing consumer-level brain-machine interface devices.

How and Where to Buy a Tesla Phone?

Rumors about the Tesla phone resurfaced again, with websites including Mashable claiming that the phone will release this December. Some websites even offer phone pricing without specifying the source of the data. Tesla or Elon Musk has never given an official confirmation.

The rumors seem to originate from a concept video by ADR Studio Design from early 2021. It’s unclear how things progressed from De Rosa’s vision, part of which is still Sci-Fi, to assertions that the Tesla Pi Phone will be available in a matter of weeks.

Additionally, it appears almost impossible for the phone to be released this year without Tesla or a supplier letting slip a credible leak. Musk himself outright denied plans for smartphones in early 2020. But then again, it wouldn’t be unheard of for Elon Musk to change his mind.

If the phone indeed does get released, we would be able to buy them from major retailers. However, it is also possible for the phone to release in limited quantity. In that case, we might have to pre-order the phone, just like booking a Tesla car, from the official Tesla website. 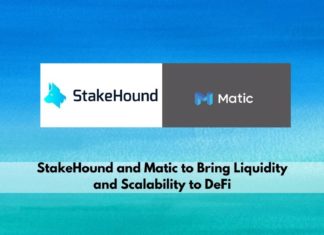 Racheal - September 23, 2020 0
StakeHound has announced a strategic partnership with the blockchain platform Matic Network. The partnership will serve as a liquidity link between the Ethereum blockchain...