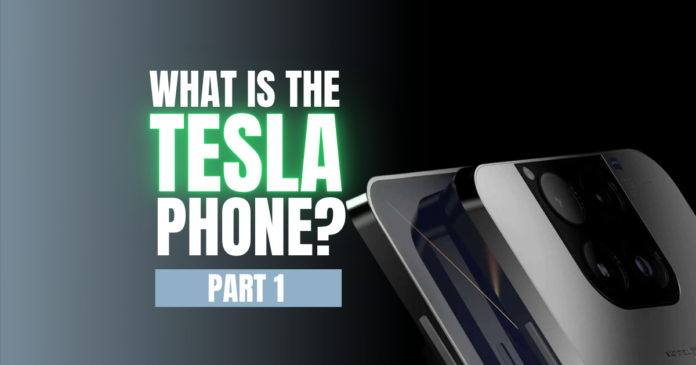 Tesla coming out with a phone is big news. Rumors about what the phone can do abound. Model Pi is making the rounds, without even being on the market. Will the Tesla phone be as revolutionary as the Tesla car? Should Apple start worrying? Is there a crypto angle?

We are going to answer four questions about the Tesla phone. However, a launch may still take some time. So, let’s dive in and see what the Tesla Pi phone is all about.

You are about to take down the entire telecom industry of every country on this earth with the launch of tesla mobile phones, no more SIM card,no more local networks, it will all be one phone, one network and one car #ElonMusk well played #teslaphone #starlink #SpaceX #Tesla https://t.co/UxMqdmz1BK

What Is the Tesla Phone?

Let’s first get some facts straight about the Tesla phone. There’s still no official statement from Tesla about a phone. However, according to the rumor circuit, it’s a given fact that a Pi phone is coming. It even has a name, the Pi phone.

If this phone is as revolutionary as their cars, we’re in for a ride. It certainly does fit in their strategy. Of interest will be if they follow their in-house design and manufacturing strategy. If so, it may have a positive effect on the price of the Pi phone. On the other hand, the smartphone market is a crowded and competitive place. Apple and Samsung won’t give up without a fight.

Going back to the rumor kitchen, word is that the phone will have a front camera. We may be looking at a resolution of 40 megapixels. The coating may also be unique. It’s supposed to change color. There’s even talk of solar charging. The Tesla Pi phone should also integrate with their cars. That’s one of the most interesting features. Below is a picture of how the car-integrated phone may look like. 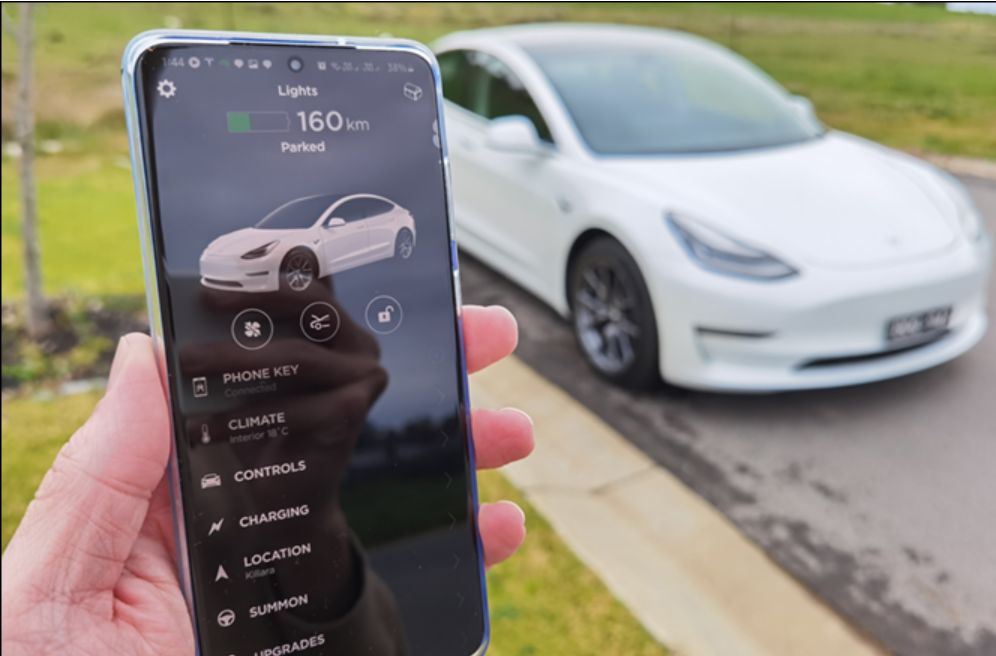 Will the Tesla Phone Be Android?

That’s quite possible. Simply because the Tesla OS runs on Linux, and so does Android. This makes it likely that the Tesla phone will be available as an Android version. Rumor even has it that Tesla may use the Android 12 operating system.

However, the potential release is, at the earliest, somewhere in 2023. We hope that by that time they will release with the most current and updated Android version.

Will the Tesla Phone Use Starlink?

It is in the line of expectations that the Pi phone will use Starlink. Consequently, the phone should come with an antenna. Currently, Starlink is available in 36 countries. For example, the USA, the UK, Canada, and some major European countries.

This would bypass any existing cellular networks. The providers of the cellular networks may have the short straw in the long run. Starlink V2 targets mobile phones. This is another sign that the Pi phone is imminent. Furthermore, Starlink gives the option to use your Pi phone on Mars.

Well, that is, at least in theory. Firstly, mankind needs to get to Mars. Secondly, there are plenty of storms that may prevent reception on the red planet. But, if we can make it to Mars, we can surely manage reception problems. Knowing that Elon Musk favors crypto, we can look forward to checking the charts on Mars.

When Does the Tesla Phone Come Out?

The consensus about the release of the Tesla Pi phone is somewhere in 2023 or early 2024. There is no need for Tesla to be in a hurry. Established names like Apple and Samsung occupy this competitive market. For Tesla to make a dent in this market, they will need an outstanding product. Such products take time to develop.

If the Tesla engineers, designers, and developers work on a phone, they will take their time. Extensive testing is part of the project. So, be patient.

It looks Tesla will release a phone, according to all the rumors. The name is the Pi phone. Rumor also has it that it will run on Android. This phone should also connect to Starlink. This allows to check your crypto charts on your next visit to Mars. Keep an eye out for our Part 2 article on the Pi phone. 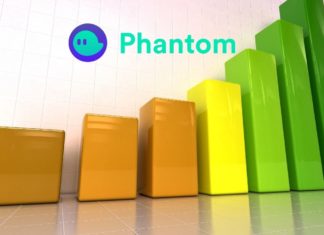 Why Has Phantom Wallet Gained 1.8 million users In Less Than...

Ripple’s XRP Integrated with WooCommerce and Can Now Be Used at...