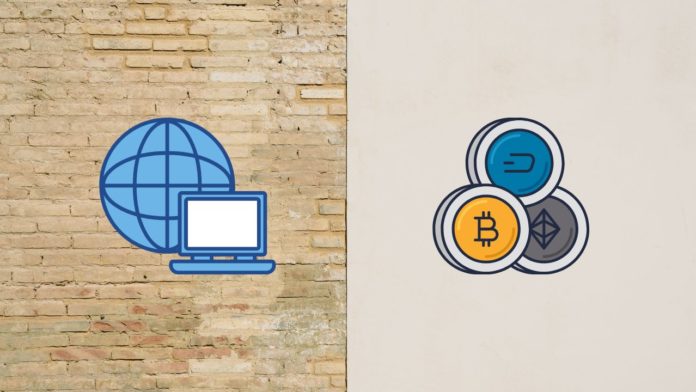 What was first, the egg or the chicken? That’s a never-ending debate. So, is the internet vs crypto debate a similar debate? We don’t think so. There is plenty of trustworthy information out there to make a case for either side.

Therefore, we are going to dig into this debate and show some stats. So, let’s see what’s cooking with the growth of the internet and crypto industries.

What Started This Discussion?

This whole discussion started because of a tweet by cdixon. eth. He is a partner at a16z. This is a private American venture capital firm that has been active in the crypto industry for over a decade.

In every new tech wave (internet, web2, mobile, web3) there’s a set of professional cynics who achieve brief fame but then fade away when the tech they deride goes mainstream. Happens over and over.

Then, this led to a counter-tweet by Ben Sandofsky. He is the co-founder of Halite camera. They make cameras for iPhones and iPads. He is firmly in the anti-crypto camp. Here you can see a letter to the US Senate, that he is part of as a concerned IT person. See his tweet below.

13 years after the iPhone, 81% of American had a smart phone.

13 years into crypto, and nobody uses it beyond speculation and ransomware. https://t.co/LCpZQzeGLo

Now, there are many things that we can bring forward as counterarguments. So, let’s start!

First, he got his numbers about the internet all wrong. Fact-checking is important if you want to make a statement. Matthew Ball, who currently works at the NY Times, had his facts straight.

In his thread, he brings up many good arguments. He also produces good historical data on product releases. His bottom line is that the starting point for adoption matters. Not when something new hits the market.

And comping the first of something to the first mass version of something.. is weird https://t.co/ACeXQuNZo9 pic.twitter.com/tvjrH6r9lP

On the other hand, Benedict Evans is a consultant and long-time mobile analyst, and pundit. He had something to say in the same vein as Matthew Ball.

💯 – it is complely meaningless to pick an arbitrary start date for a technology and then judge it based on counting years. There is no signal here at all. “It hasn’t worked after N years so it will never work”’ is a worthless argument. https://t.co/wTYGog0v9O

Then, Atter Omni also brought up some points that are worth checking out. Even before this debate began. He is the founder & managing partner of Omnichain Capital.

PCs didn’t have much utility advantage, until they did

mobile devices/applications didn’t have much utility advantage, until they did

electric cars didn’t have much utility advantage, until they did

the internet didn’t have much utility advantage, until it did pic.twitter.com/oHrffuSJd7

Start and Growth of Internet and Crypto Industries

Let’s stop the bickering around. It’s time to look at some facts here. It’s a fact that the internet has a serious head start on crypto. Although, you can argue about the start date. 1983 as Matthew Ball said, or around 1995. However, let’s consider that in 1996 only 9% of Americans used the internet.

However, in a Reddit thread by Simple Swap, they claim that crypto will reach 1 billion crypto users by 2025. Looking at the time it takes to get from 130 million to 1 billion, it took the internet 7.5 years. If the Simple Swap prediction is right, it will take crypto only 4 years to get there.

Also, another interesting stat to look at is the number of crypto wallets. Statista made a nice graph on this. They cover from November 2011 to April 6, 2022. This shows that there are just over 80 million blockchain wallets. Spread out over the whole wide world. Therefore, that is only 1% if we look at an 8 billion worldwide population. There’s still some ground to cover. Just keep in mind, that crypto is still early.

In addition, Ethereum has also some interesting stats to show for it. Etherscan shows a worldwide population just short of 200 million unique ETH addresses. Therefore, we’re already at 2.5% of the world population.

Also, 60 million people use the internet daily around the world. That is according to the World Bank. It goes without saying, that all crypto users are among them. 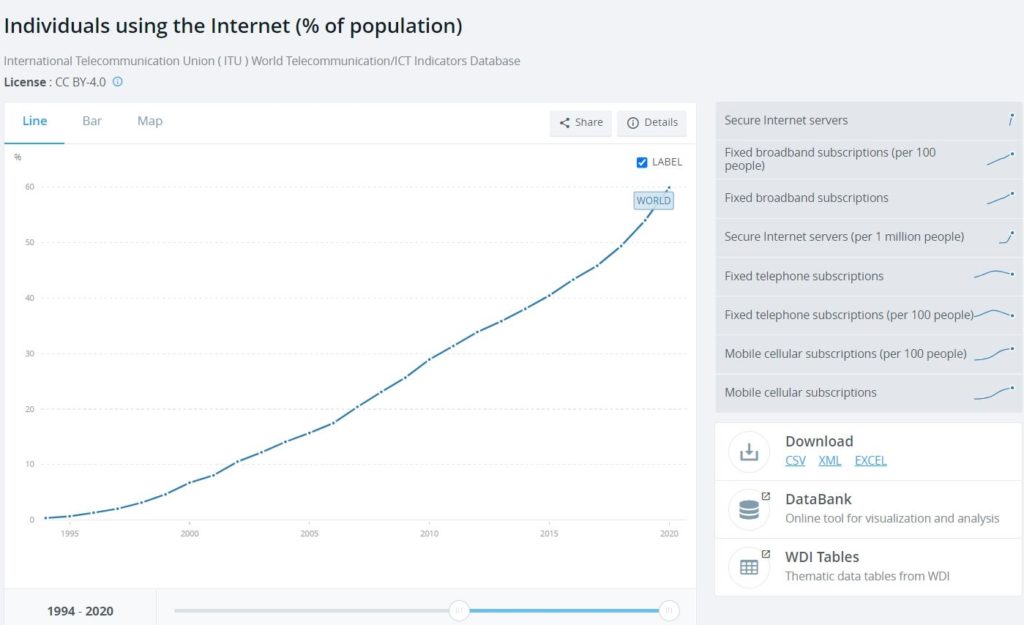 That the internet currently is bigger than crypto is no surprise. However, looking at the adaption degree and user curve of crypto, more is still coming. Crypto has all the signs at the ready to take off. Mass adaption is lurking around the corner. As a result, with the rate of current worldwide inflation, crypto is a no-brainer.

Therefore, the internet is a fantastic invention. So is crypto. Did we mention Web 3 yet? Then, the opportunities that crypto, DeFi, NFTs, or the metaverse offer, seem endless. Let the disruption continue. 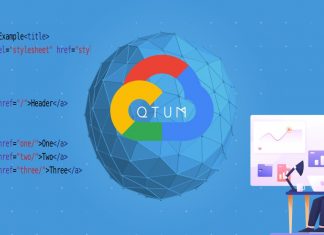 Robert Patrinjei - May 7, 2019 0
On May 2nd, Qtum unveiled a full suite of blockchain developer tools that are currently deployed on the Google Cloud. Surprisingly, the partnership had no...