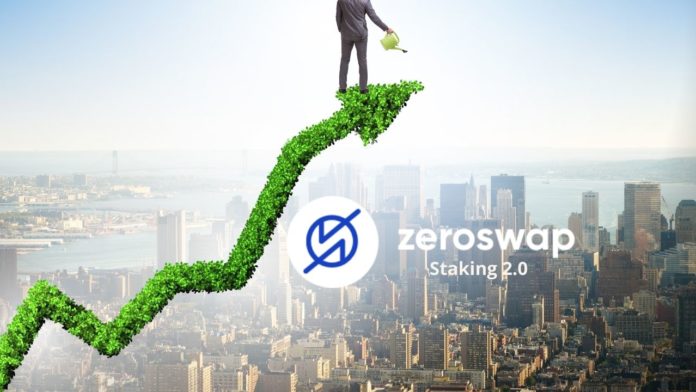 ZeroSwap announced the launch of staking 2.0 via its official Twitter handle. Noting that it will provide more rewards for participants. According to the announcement, staking 2.0 is an extension of staking 1.0 with additional benefits and desirable multifold rewards.

The DEX aggregator explained that APY rewards increased to 75%. It was growing 11% from its previous percentage in staking 1.0. ZeroSwap further noted that it recently completed a smart contract audit of staking 2.0 by TechRate to ensure top-notch security.

Today's the day you've been waiting for, Staking 2.0 for $ZEE is now Live ✨

Here's what you get:
– 75% APY
💜 Staking in @0xPolygon @BinanceChain and @ethereum
– Intuitive UI
– Multi-Fold Rewards

In addition, to attractive rewards and premium security against hacks, ZeroSwap staking 2.0 also expands to Polygon. The Polygon expansion will give users additional staking apart from the existing BSC and ETH. Also, it would enable users to take part in Polygon IDO projects which are risk-free.

Therefore, Staking 2.0 will offer users gasless trades in the upcoming mainnet DEX. The DEX is currently in the testnet and will soon be available for users on the mainnet. On the other hand, ZeroSwap pointed out that the new upgrade will have a simple and user-friendly interface.

✅ No Gas Wars
✅ Assured Allocation
✅ Chainlink Powered Random Function to Pick Winners
✅ Choice to Buy or Not to Buy the tokens after listing
✅ 100% Fair to Participants.

Staking 2.0 to develop on staking 1.0 success

Expressing its delight with the upgrade, the DEX aggregator noted that staking 2.0 will develop on the laid down success of staking 1.0. In the picture below, you can see the different features between each other: 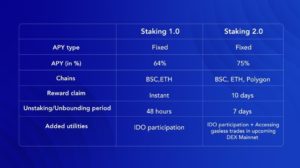 The DEX aggregator further revealed that out of 60 million $ZEE in circulation, over 30 million are currently staked across BSC and ETH. Meaning 50% of its token total current supply is currently staked, BSC with over 22.5 million and ETH with about 7.6 million.

On the other hand, ZeroSwap also used the opportunity to commend its community for its dedicated support. “[…] all this would not have been possible without the co-operation and support of our community members. So, as always, we extend our gratitude to all the members,” ZeroSwap explained.

Finally, you can follow this ZeroSwap guide to migrate your staking from version 1.0 to 2.0.

ZeroSwap is a multi-chain DEX aggregator platform looking to bring to life zero-fee transactions. To do this, it will have to provide access to Ethereum, BSC, Polkadot, and other DEXes using a simple-to-use interface. 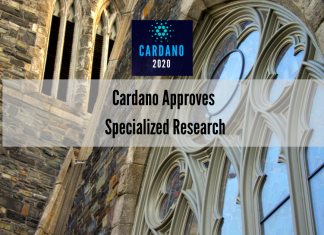 Christoffer Horvath - January 21, 2020 0
The Cardano Foundation is excited about upcoming research. The company believes it will benefit from its results and is ready to share its details...