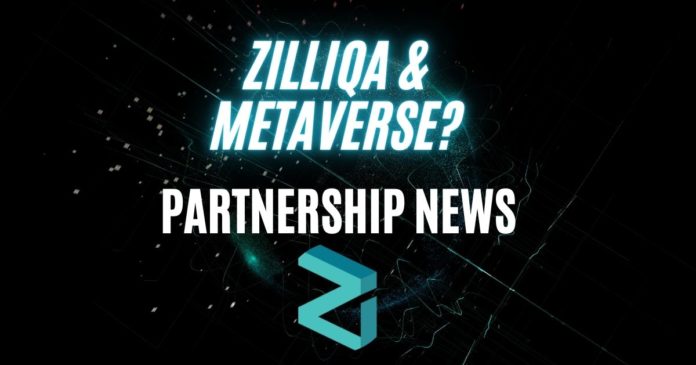 In the new year, there are uncertainties around the survival of certain cryptocurrencies and also what blockchain innovation will be out of trend.

Interestingly, there is a new theme in the blockchain space, which is the Metaverse. Lots of projects are embracing this new trend, including Zilliqa.

Recently, Zilliqa made its big Metaverse announcement on Twitter, and since the announcement, the coin has been trending.

1/2 You don't have to belong to one city in #Metapolis – Cities include Domes which can be populated & allow teleportation to and from. Each dome can be designed & personalised to bring your vision to life in the #Metaverse. pic.twitter.com/S5rkUD0jbA

Zilliqa, a layer-1 dApp development protocol is one of the latest projects to dive into the Metaverse trend.

A post on Twitter by Zilliqa teased Metapolis, the official Metaverse of the platform. According to Yahoo Finance reports, developers refer to the project as an “extended reality (XR)”.

Besides, XR is a combination of augmented reality (AR) and virtual reality (VR) technologies. The digital city will be constructed of domes that will contain real estate, games, brands, art, and more. It also uses the non-fungible token (NFT) and avatar model like other Metaverse projects. There was also a teaser video to give investors an idea of what this innovation is about.

Accordingly, developers are working on having Metapolis ready by the new year.

The Metaverse is a digital reality that is a combination of online gaming, social media, augmented reality, cryptocurrencies, and virtual reality that allows users to interact virtually. This shared virtual environment is accessed by its users via the Internet. Also, the combination of virtual reality and augmented reality in the Metaverse is useful in creating a sense of virtual presence.

In addition, this new innovation in social media and entertainment is getting the backing of technology giants and venture capitalists.

Mark Zuckerberg, CEO of Facebook also believes that “augmented reality glasses will eventually be as widespread as smartphones.” Facebook also recently announced they will be rebranding into Meta Platforms. Thus, companies, brands, and projects far and wide are getting into the Metaverse in one way or another.