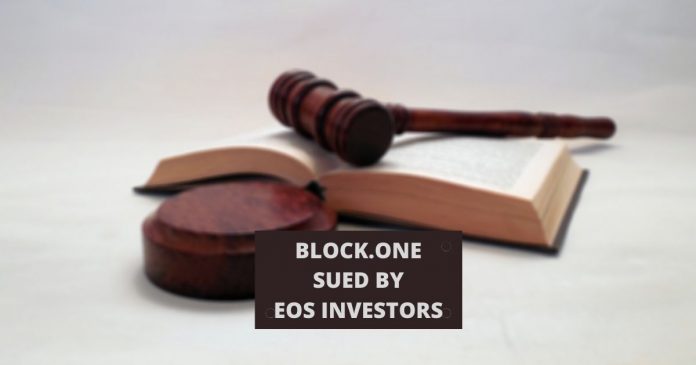 A recent tweet that EOS Dapps posted on its handle on Monday called to attention mismanagement of $4 billion worth cryptocurrency by Block.one. The investors are currently suing the blockchain software firm over an apparent scam related to its EOS initial coin offering (ICO).

EOS investors gave @block_one_ $4B for $EOS tokens currently worth a lot less, on a network they've seemingly abandoned. No leadership, funding, nor any major projects, currently or planned for the future. What the hell happened? https://t.co/dCiDt57nn4 pic.twitter.com/wC8szLOuYW

The EOS investors, made up of different groups of individuals and corporate organizations, have filed a class-action lawsuit against Block.one. The subject of the lawsuit has reportedly garnered a lot of attention with some dubbing it as the “Biggest of All Crypto Frauds”. Besides, the coin-offering scam has entrapped funds worth $4 billion.

Established in 2017, the blockchain software firm, Block.one has business operations in Hong Kong and Virginia, with registration in the Cayman Islands. Since its inception, it has sold over 900 million EOS cryptocurrency tokens for over a year. This resulted from its ambitious marketing to the US and other foreign investors.

The announcement of the coin-offering had presented it as a means to fund a new open-source software. Moreover, the software ostensibly projected itself as a higher substitute for Bitcoin and Ethereum blockchain.

As a result, investors exuded belief in the offering, only to become defrauded by Block.one. Their agitation, however, has now led to the lawsuit. Even the complaint states, “defendants worked cooperatively to promote EOSIO as the next, superior version of the existing blockchain….”

Details of the lawsuit

On May 18, the investors filed a class-action lawsuit against Block.one in the federal court in New York Southern District. It charged Block.one for defrauding the plaintiffs through an illegal coin offering for a deal worth over $4 billion. Furthermore, the complaint argued that the investors were left with unregulated assets of no use.

The lawsuit is on behalf of every investor who purchased EOS tokens during the period between June 26, 2017 to date. The caption of the lawsuit reads: “Crypto Assets Opportunity Fund LLC and Johnny Hong v. Block.one, Brendan Blumer, Daniel Larimer, Ian Grigg, and Brock Pierce, 1:20-cv-3829 (S.D.N.Y.).”

According to Daniel Berger, a director at Grant & Eisenhofer, “this lawsuit is an important means to redress the brazenly unlawful conduct that Block.one exhibited in defrauding investors through its EOS token offering.”

Chris Perrotta - September 18, 2018 0
As of today, ICON’s main net version 3.0 has been released. The importance of this update is that it establishes the foundation for creating...

Proof of Keys, What it is and Why it’s Important