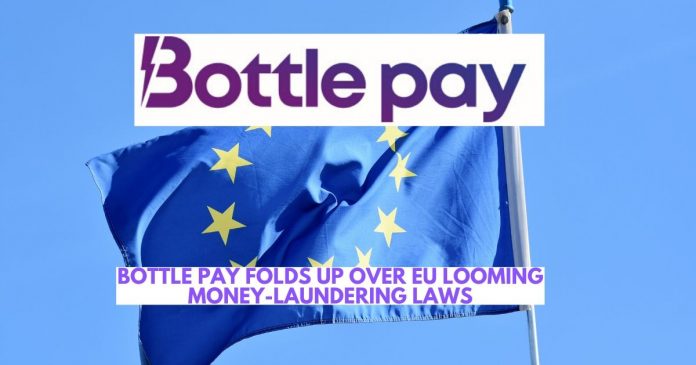 In a blog post, the UK-based firm said the closure is as a result of the EU’s 5th Anti-Money-Laundering-Directive (5AMLD). The directive slated to take effect from January 2020.

To maintain our integrity as service providers, and to protect the interests of our users, we have taken the painful decision to shut Bottle Pay down rather than become subject to the new #5AMLD regulations.
Please withdraw funds within the next 2 weeks.https://t.co/dZltbf7vjn

The cryptocurrency payments firm also stated that funds would remain available for withdrawal until 13:00 GMT, December 31, 2019.

The closure announcement comes months after the UK-based firm raised $2 million seed-round for the creation of a crypto application. The fundraising aimed at increasing the user-base tenfold over the next year.

Launched in June, BottlePay links social accounts with Bitcoin wallets to allow users to reward each other for disbursing content.

The company said the EU is introducing new regulations that entail stricter requirements for companies operating in the cryptocurrency space.

Block Matrix, the parent company of the tipping firm, said BottlePay must comply with the EU’s 5AMLD regulation since it’s registered under the UK custodial Bitcoin wallet providers.

According to Block Matrix, the new regulations would alter the current user experience negatively. “This necessitated the shut-down as we aren’t willing to force this onto our crypto community,” BottlePay said.

The EU’s 5th Anti-Money-Laundering-Directive (5AMLD) expected to come into effect from January 10, 2020.

The UK-based firm has asked users to withdraw all funds from the platform by December 31. Failing to do so would result in forfeiture of their funds, which would be donated to the Human Rights Foundation.

In the meantime, its social accounts, new sign-up and deposits to wallets are currently offline.

EU clamps down on crypto industry

The AMLD5 is a pan-European anti-money laundering directive that member states must implement into their national laws by January 2020.

The new law requires exchanges to register with authorities and Financial Intelligence Agency to obtain the addresses and identities of customers.

The anti-money laundering directive (AMLD) regulations are under consideration in several countries, notably Australia and the UK, among others. 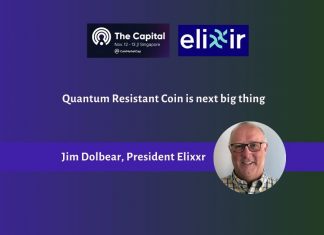