In what is very similar to the Chinese ban in September 2017, the Chinese Government has released a ban on all commercial crypto and blockchain events in the Financial District of Beijing. This announcement from the Chinese Government piggybacks the recent WeChat bans of crypto-related accounts. Also, China bans access to more than 124 cryptocurrency trading platforms.

As of now, many exchanges are being blocked by the Chinese Government. Binance, OKEx, Bitfinex and many others all appear to be unavailable to Chinese citizens. This is a move by the government to get a stronger handle on this technology. Like the last time though, many people will find a way around this ban.

Red Li, the co-founder of 8BTC and a Chinese cryptocurrency reacher, tweeted the document that the Chinese Government posted, in which all commercial cryptocurrency and blockchain events have been banned in the Financial District of Beijing.

“We now order every shopping mall, restaurant, hotel and office building not to provide venues for any events that promote or talk about cryptocurrency, and must report to the authority if such activities were found.” -According to the document.

The government claims that this action is to help protect the public but many analysts believe that the government is doing this for two main reasons; enable stricter controls and strengthen the Chinese yuan (as it has fallen roughly 8-9% to the USD in the last 3 months).

There is a lot of speculation that many businesses and investors are using cryptocurrencies to move their money outside of China. The two main reasons are to either evade taxes or to utilize their money in overseas markets due to the trade war between the US and the potential devaluation of the yuan by the Chinese Government.

This was sort of a shocker for many people because recently the government has been very positive towards cryptocurrencies. Earlier this year on CCTV (state-owned tv station), the station stated that, “Blockchain is the second era of the Internet. The value of blockchain is 10 times that of the Internet. Blockchain is the machine that produces trust.” In addition, the Chinese Government has helped fund many blockchain projects and startups with around $3 billion. 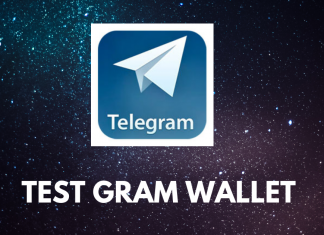 The Unstoppable Telegram: Gram Wallet is Being Tested

Natalia - November 3, 2019 0
Telegram has a lot on its plate. Yet the messenger seems to be overcoming the existing obstacles. And suggests testing a new version of the...