China may be embracing blockchain. However, the country is still not in favor of cryptocurrencies. The recent warning from the government confirms it.

Experts believe China is embracing blockchain because it has realized the potential. At the same time, it is quick to clarify that it would not allow cryptocurrencies to flourish.

To show its love for blockchain, China has rolled out a unique identification code in Chinese smart cities. After all, China is looking toward blockchain to run a digital identity system. According to the sources, three institutions will develop the system. And it will be a distributed storage; a tamper-resistant code will support it. It aims to enhance data sharing capabilities across smart cities.
Besides, the People’s Bank of China (PBoC) and Huawei announced a major partnership. Importantly, this is the first collaboration initiated by the Chinese financial institution. And the focus is to understand the role of DLT.
The Chinese government has recently made a series of announcements supporting blockchain. Besides, it produced 25 educational videos about crypto and its underlying technology. And also granted a $150 million fund for blockchain projects.

A big no to crypto

While China is definitely embracing blockchain, it is still continuously issuing warnings. And those urge investors to stay wary of trading cryptocurrencies. Thus, the excerpts from the Community Party’s newspaper dated Nov 4th explicitly state that any illegal activity using blockchain technology will attract severe punishment. 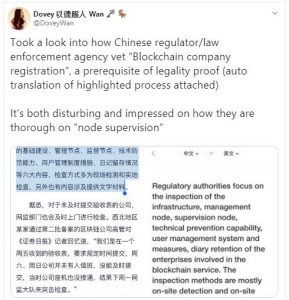 Source: Twitter.com
A dedicated law enforcement agency will conduct the vigilance. It would operate under the Chinese Police Department by the name of “Internet police”.
But some facets are still fogged. The list released by the Office of Chinese Cyberspace Affairs of PRC seems to be having NEO, ONT, and VET. And the price of these currencies has been already been pumping since then.
Previously, we covered that major exchange Binance is heading back to China. 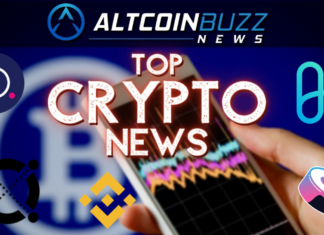