With a total crypto ban in China, Chinese traders have found ways to circumvent the government’s ban on cryptocurrency trading and initial coin offerings (ICOs) by using Tether (USDT) and virtual private networks (VPNs). Therefore, despite all efforts from the Chinese government, money from China is still flowing into crypto. Until another extensive shut down will be released, at least.

At the end of August, the Chinese government authorities released an official order asking to ban all the cryptocurrency-related commercial activities and events. Furthermore, China’s most popular messaging app, WeChat, was asked to shut down the accounts of several blockchain and crypto-related news outlets as new regulations were enforced. A big hit for crypto investors in China.

While the Chinese government may have banned cryptocurrency trading and initial coin offerings (ICOs in the country, that doesn’t mean that crypto related activities have all been halted. A report by the South Morning Post revealed that hardcore digital currency investors in the country are circumventing the government’s ban by using Tether (USDT) and virtual private networks (VPNs). Therefore, the ban on more than 120 foreign exchanges can be bypassed.

The report cited data from the Shanghai Securities News, a newspaper linked with the country’s financial regulators, stating that Chinese traders convert their yuan to USDT to leverage what insiders describe as “client-to-client” trades, which are similar to peer-to-peer transactions of fiat for Tether that usually transpire on specialized online platforms with bank transactions.

The scheme allows traders to leverage a VPN to gain access to their desired cryptocurrency exchange and trade in digital assets like in any country that allows crypto trading. The report claims that Chinese regulators do not have the technical capability to block these trades from gaining access to VPNs effectively. According to the rapport:

“Chinese regulators definitely have the technical ability to shut down VPNs. However, traditionally it takes numerous conversations with different stakeholders to reach a consensus on configuring a firewall, which lengthens the process.”

Crypto exchanges have also found a way to skirt around the ban by transferring to other countries or reincarnating their businesses under different domain names. This allows them to continue prospering despite the crackdown imposed since September last year.

Others move their servers outside of mainland China and register their legal entities in crypto-friendly regimes.

“The latest warning and potentially increased monitoring of international platforms are targeted at a batch of smaller exchanges that had claimed to be foreign entities but are operating in China claiming they have outsourced their operations to a Chinese company.  Those exchanges whose website landing pages are in Chinese have drawn particular scrutiny by regulators.” 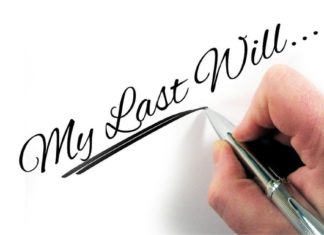 Martin Young - May 25, 2021 0
Lawyers working in the estate planning sector are growing concerned about the logistics involved with safeguarding crypto assets for their clients. Practicing attorneys are...

FedEx CEO: Either Accept Blockchain or Die Out