Circle to pursue a federal banking license along with a registration as a brokerage and trading venue with the SEC. This could open the flood gates for unregistered security coins/tokens to be traded legally in the U.S.

Circle is seeking a federal banking license along with a registration as a brokerage and trading venue with the SEC (Securities & Exchange Commission). This would allow them to sell investors coins and tokens deemed securities by the SEC. This would be a huge step for crypto as a whole and would help pave the way for skeptical investors to see the legitimacy of cryptocurrencies.

In an interview with Bloomberg, Chief Executive Officer, Jeremy Allaire, and other leaders said, “It’s uncharted territory: No venture that began in the largely unchecked world of digital currencies has obtained such status with U.S. regulators. While getting a banking license would subject it to tough scrutiny, the move would winnow the field of regulators Circle must appease because federal laws would pre-empt a patchwork of state rules covering crypto.”

A banking license would mean it would not have to comply with individual state regulators as the federal license would suffice. It would also allow them to rely less on intermediary banks, potentially store investors crypto/fiat, and deal deal directly with the Federal Reserve.

“To hold reserves with the Federal Reserve, to natively access the central-banking system without intermediaries, to directly settle with other banks in other markets around the world through those networks — that can improve the efficiency of what we deliver, it can reduce the costs,” Allaire said.

One of the major points in Circle’s pitch for these licenses is their ability to store crypto assets safely and securely. This is a major issue across the entire asset class, as there is not an easy and secure way for corporate investors to store millions of dollars of cryptocurrencies.

SEC Chairman John Clayton has gone on record and called “every ICO he has seen a security,” and in order for Circle to legally trade them int he U.S., they must become an alternative trading system (ATS) or a broker dealer. Circle has stated that they will either apply to become an ATS/broker dealer or buy a platform that already has that status. A few months ago Circle purchased Poloniex which lists many coins and tokens and gives them a platform to apply for an ATS if needed. They are currently in the process of delisting many assets in order to hopefully comply with laws and regulations.

“We’re making our own legal determinations because you can’t call up the SEC and say, ‘Is this a security or not?’” he said. “You can expect to see us delist further things and that’s the prudent thing to do.” 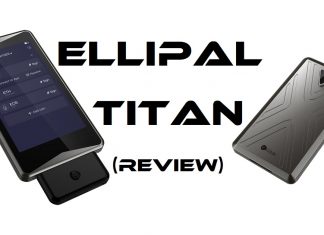