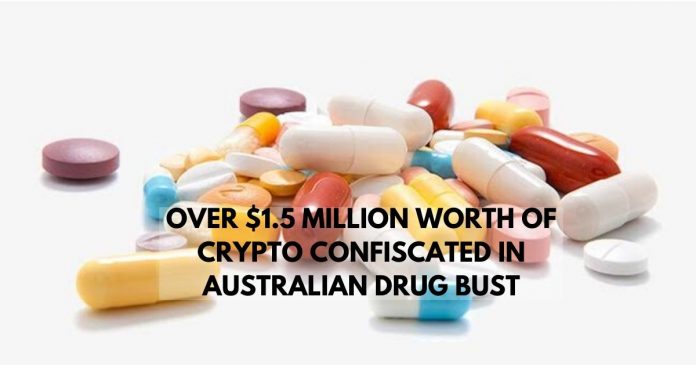 Authorities in Western Australia have seized cryptocurrency worth over $1.5 million.

Crypto is in the limelight for all the wrong reasons. According to a press release by the Australian Border Force (ABF), in October, it discovered 27.5g of MDMA tablets and 27.5g of MDMA powder. The police found them in a children’s toy painting kit. The culprits received the package from the U.K. Its final destination was Perth.

The trail led to the search of a property in Marangaroo and the arrest of a 27-year-old man and woman. Officers also discovered a crypto electronic device with AUS $1,524,102 worth of digital currency.

The authorities immediately froze the crypto assets. The couple will also appear in Joondalup Magistrates Court on Wednesday.

Paul Matthews, the Officer in Charge of the drug and firearm squad, admitted that the discoveries were impressive.

“The cryptocurrency seizure is believed to be the highest value seizure of its kind made by [Western Australia] Police Force,” he said.

Concurrently, he added, “the identification and freezing of over $1.5million of cryptocurrency highlights the digital environment. Using the latest technologies and digital forensic techniques we thoroughly investigate all possible methods of holding financial assets, and will target all forms of wealth that may be derived from the illicit drug trade.”

Matthews also added that the ABF has been working very hard to locate all the malign assets.

He said: “[…] we thoroughly investigate all possible methods of holding financial assets and will target all forms of wealth that may be derived from the illicit drug trade.”

This isn’t the first time the authorities have tracked down and arrested criminals in the crypto space. 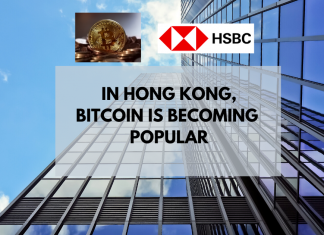 Deepika Garg - November 19, 2019 0
In Hong Kong, the violent protests against the controversial extradition bill are continuing. And the fight is taking a new turn. Now, it has...