The problem started when Vasilev decided to sell WEX to Dmitri Khavchenko, a former fighter of the self-proclaimed DNR (Donetsk People’s Republic), nicknamed “Sailor”. A conflict followed between Khavchenko and WEX’s team, where an admin disappeared with the private keys. The admin was anonymous. Subsequently, trading and withdrawal of funds in the exchange stopped.

Western sanctions were also imposed against Khavchenko in connection with the conflict in the Donbas. Khavchenko repeatedly denied links with Wex, the onus falling back on Vasilev. In his defense, Vasilev cites that, Khavchenko has changed the official owner of the Singapore-registered exchange to his daughter, Daria

Coindesk reports that in 2018, almost $19 million worth of Ethereum moved from the exchange’s cold wallets to Binance. Binance CEO CZ froze WEX’s accounts on Binance.

A Police application for WEX reads:

An investigation was initiated by the police of Tolyatti.

A history of corruption, BTE-e

BTC-e was the largest Russian-language platform operating since 2011. BTC-e faced huge criticisms with Wall Street Journal reporting that “BTC-E appeared in 60 to 70 percent of all criminal cryptocurrency cases through 2016.” In July 2017, operations were suspended and the owner Alexander Vinnik was arrested in Greece.

The exchange was restarted under the Wex.nz brand. Wex.nz was registered in Singapore under Dmitri Vasilev. Site management promised to pay off BTC-e debts. We all now know what happened after that!

We always recommend you to store your crypto in a hardware wallet. Please read our article “What are The Most Secure and Reliable Cryptocurrency Wallets (2019)“. 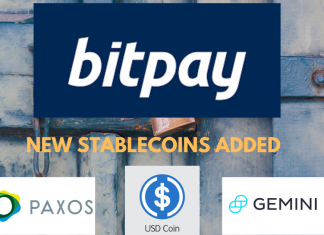 BitPay and Stablecoins: You Can Now Use PAX, USDC, and GUSD