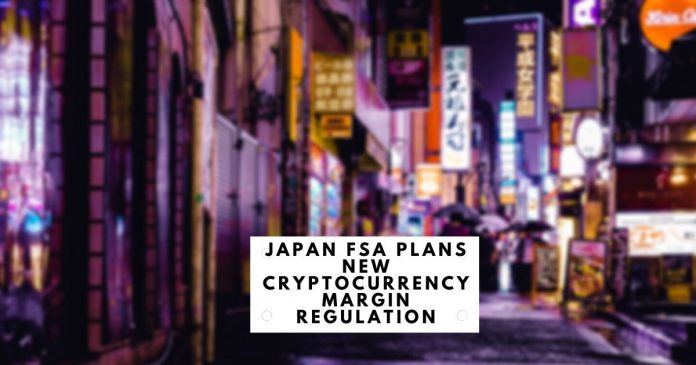 The latest news from Japan revealed the plans of the FSA to practically tighten margin trading of crypto in Japan. Thus, the agency plans to fully limit leverage. Furthermore, this limitation will be twice the traders’ deposit.

Based on reports from the Japan Times, the decision’s aim is to reduce trading losses due to the fluctuating price of the digital assets.

Importantly, the FSA didn’t impose any virtual currency restrictions on leverage. But the regulatory body maintains a cap of roughly four times.

The new rule will reportedly become effective in spring and will be connected to the already revised Financial Instruments and Exchange Act.

The Japanese watchdog has already taken certain decisions after studying crypto price fluctuations and their risks.

Besides, the agency appears to be following in the footsteps of its United States and European counterparts. The latter are trying to regulate the wild crypto industry.

Still, Japan remains one of the most progressive countries in the crypto sphere. Accordingly, the country made the decision to declare virtual currencies as a legitimate method of payment. Thus, showing progress in the area of digital assets, even though it remains cautious.

This is also understandable considering the fact that the country suffered a setback when Coincheck was cyber attacked. The incident occurred in 2018 and led to the theft of about five hundred million dollars in crypto.

As a result, the FSA tightened its full grip on the crypto industry. Plus, the FSA mandated the licensing of cryptocurrency exchanges.

Despite the incident, other Japanese crypto-asset Rakuten and SBI Group continue to operate. These companies have successfully become the driving force of virtual currencies in Japan.

Lesia Dubenko - July 21, 2018 1
Coinbase, the largest crypto exchange platform, has allegedly secured a stunning investment worth $20 bln from an unknown hedge-fund. The money will be reportedly...