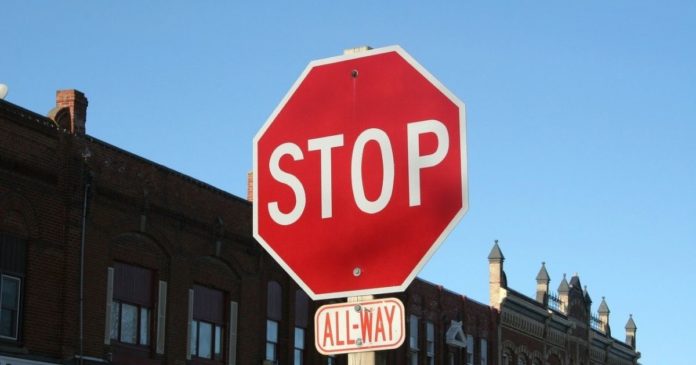 In view of the lawsuit by the United States Securities and Exchange Commission (SEC) against Ripple Labs Inc., popular cryptocurrency exchange Coinbase has announced its decision to suspend trading of XRP on its platform. Also, Ripple Labs and Brad Garlinghouse have issued responses to the SEC lawsuit.

Coinbase, through an official blog post, announced this action, noting that the decision to suspend Ripple Labs’ digital currency was due to the SEC’s claim that XRP is a security.

Given the SEC’s recent action against Ripple, all XRP books have been moved to limit only and Coinbase plans to fully suspend trading in XRP on Tuesday, January 19, 2021, at 10 AM PST. Afterwards, users will continue to retain access to their XRP funds. https://t.co/izreZvgHNl

According to the announcement, some trading activities of the digital asset have already been restricted, while full stoppage will kick in Tuesday, January 19, 2021 at 10:00 am Pacific Standard Time.

Initially listed on Coinbase in February 2019, the new decision of the exchange will prevent people from trading XRP on the crypto exchange. Although, customers will still be able to deposit and withdraw XRP from their wallets.

Paul Grewal, the chief legal officer at Coinbase, further disclosed that the exchange will monitor proceedings of the SEC’s lawsuit against Ripple. He states, “We will continue to monitor legal developments related to XRP and update our customers as more information becomes available.”

Additionally, Coinbase noted that it will continue extending support for holders of XRP in its upcoming SPARK airdrop. The exchange will also continue supporting XRP on Coinbase Custody and Coinbase Wallet.

While San Francisco-based Coinbase has announced its decision to suspend the trading of Ripple Labs’ digital asset, it is also important to note that it isn’t the only crypto exchange to suspend trading of the digital currency on its platform.

In light of the SEC's recent filing alleging XRP is a security, we are going to halt XRP trading and deposits for all US customers on January 8, 2021. Other countries are not affected. Read more: https://t.co/RUGtkAjr08

Luxembourg-based cryptocurrency exchange Bitstamp, in view of the SEC’s allegations, has also announced its decision to halt all trading of XRP for its U.S. customers on January 8, 2021.

Bitstamp, however, stated that users from other countries are not affected by the new decision. The exchange noted that it will continue to monitor the unfolding situation between the U.S. SEC and Ripple Labs.

You can still withdraw $XRP after Jan 4. Or choose to keep it on @OKCoin. Suspension only applies to $XRP trading and deposits. All other exchange functions will operate normally. https://t.co/aS7rQ8381K

According to the San Francisco-based cryptocurrency exchange, this is also a result of the SEC lawsuit against Ripple and two of the company’s executives.

The exchange, however, noted that users will still be able to hold and withdraw XRP from their wallets. “You can still withdraw $XRP after Jan 4. Or choose to keep it on @OKCoin. Suspension only applies to $XRP trading and deposits. All other exchange functions will operate normally,” it tweeted.

Crypto.com, via an official blog post, also disclosed that it will be delisting and suspending trading of XRP on its app in the U.S. from January 19, 2021, at 10:00 am UTC.

According to the exchange, from January 19, 2021, U.S.-based users won’t be able to deposit XRP into the Crypto.com app. However, the withdrawal of XRP from the crypto platform will not be halted.

Crypto.com also noted that it will continue to support the SPARK (FLR) token distribution, slated to begin in 2021.

Our statement regarding recent market participant activity in response to the SEC’s lawsuit. https://t.co/IpQYeCuV5A

Meanwhile, reacting to the SEC’s lawsuit, the parent firm behind XRP has released a statement. Ripple states that the charges against it are “an attack on the entire crypto industry here in the United States.”

According to Ripple, the actions of the SEC have disrupted the lives of many innocent XRP retail holders. Not to mention also adversely impacting crypto exchanges, market makers, and traders.

“The SEC has introduced more uncertainty into the market, actively harming the community they’re supposed to protect. It’s no surprise that some market participants are reacting conservatively as a result,” it said.

The firm noted that it will continue to operate and support all products and users in the U.S. and worldwide. Ripple also stated that most of its users and trading activities take place outside the United States.

“For eight years, we’ve built products that help hundreds of customers solve pain points around global payments — we will defend our company and look forward to settling this matter in court to finally get clarity for the U.S. crypto industry,” the firm noted.

Ripple Labs CEO Brad Garlinghouse released a memo that he sent out to all Ripple employees. In it, he discusses several reasons why XRP is not a security, such as the price of XRP not being correlated to Ripple’s activities and that XRP is not an “investment contract.” He says that the claims by the SEC are illogical, and he goes on to say that the SEC is not interested in fostering technological innovation in the cryptocurrency space.

Garlinghouse says he, the other executive charged, and Ripple will fight this lawsuit. He says, “Chris and I had the option to settle separately. We could do that, and it would all be behind us. NOT happening. That’s how confident Chris and I are that we are right. We will aggressively fight – and prove our case – through this case we will get clear rules of the road for the industry here in the U.S. We are not only on the right side of the law, but we will be on the right side of history.”

To stay updated and find out more about the SEC’s lawsuit against Ripple Labs, check out the Altcoin Buzz YouTube channel. 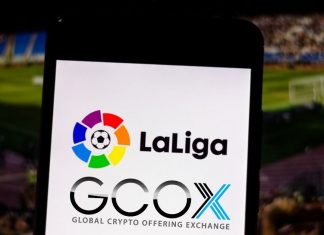 Ani - August 21, 2019 0
Spanish Football League, La Liga has entered into a Regional Partnership with a cryptocurrency exchange, GCOX. GCOX is a celebrity token exchange which will...