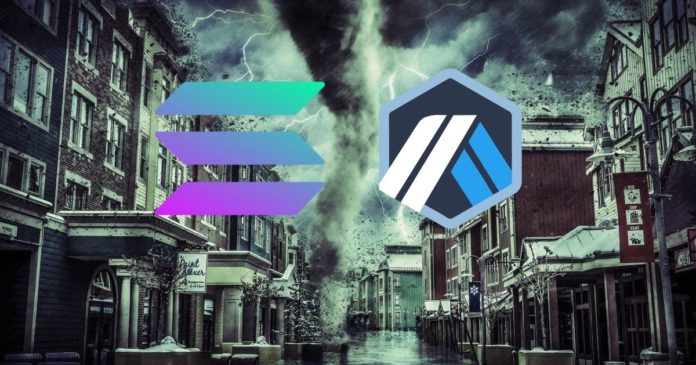 A spike in transactions has caused a major shutdown at Solana. This problem hasn’t been solved at the time of writing this article. Also, Arbitrum went down for just 45 minutes in an unrelated incident.

According to the official response on Twitter, Solana shut down by a large increase in transactions per second, reaching 400,000.

The Solana validator community successfully completed a restart of Mainnet Beta after an upgrade to 1.6.25. Dapps, block explorers, and supporting systems will recover over the next several hours, at which point full functionality should be restored.

On the other hand, Solana stated that the massive surge in transactions flooded the transaction processing queue. The network started forking due to a lack of network critical messaging prioritization. Look at the official tweet below:

1/ Solana Mainnet Beta encountered a large increase in transaction load which peaked at 400,000 TPS. These transactions flooded the transaction processing queue, and lack of prioritization of network-critical messaging caused the network to start forking.

Also, the director of research at The Block, Larry Cermak, postulated that Solana’s network demand was due to a scheduled IDO.

The reason I see floating around is that there was a highly anticipated IDO scheduled at 12pm UTC and too much demand caused an outage. Not sure about the technical details though

Also, there is a possibility of an orchestrated attack. One Ethereum developer pointed out this, who reported that an attempt was made on the Ethereum, which managed to survive unscathed.

Someone unsuccessfully tried to attack #ethereum today by publishing a long (~550) blocks which contained invalid pow's. Only a small percentage of @nethermindeth nodes switched to this invalid chain. All other clients rejected the long sidechain as invalid

Arbitrum Down for 45 Mins

Arbitrum’s outage was minor in comparison to Solana’s problem, which lasted only 45 minutes. The platform stated that it was not a network outage but a bug that caused the shutdown.

The firm behind the protocol technology, Off-chain Labs, released a report on September 15th detailing the situation and confirming that funds were not at risk.

The sequencer allows users to post transactions directly to the Arbitrum chain for high-speed responses. Arbitrum, which is still in beta version, has also been under heavy load following the launch of a layer 2 yield farm called ArbiNYAN. 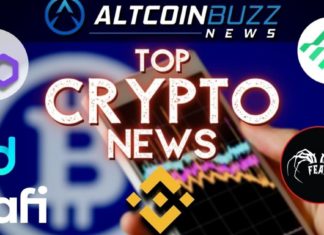 Deepika Garg - June 2, 2021 0
The majority of the cryptocurrencies boasted a strong performance today, wherein among the top 100 cryptocurrencies, five of them showed a jump of 20%....