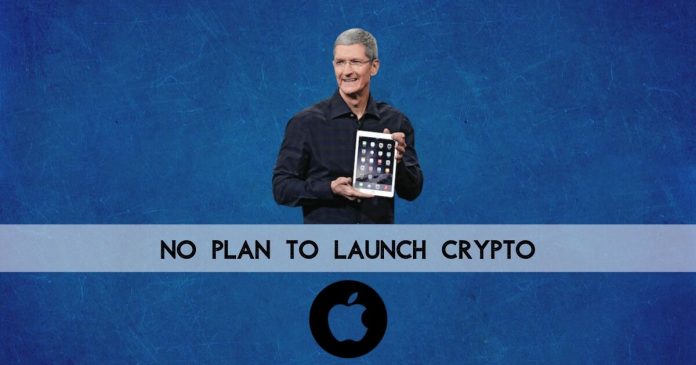 Tim Cook, CEO of tech giant Apple, has announced that the company will not be launching its own digital currency.

According to reports, Cook said that Apple has no intention to launch its own cryptocurrency. At a period when top tech companies like Samsung are looking into crypto, Cook made it clear that Apple has no such plans.

Tim Cook stated that he believes the government should be in charge of creating currency and not private companies. He said: “I am not comfortable with the idea that a private group creates a competing currency.”

According to Cook, attitude toward money should be the same as toward defense. This means the governments should be the ones overseeing it. He further emphasized that a non-governmental body shouldn’t be allowed to possess power meant for the government by any means.

VP Jennifer Bailey does not agree with his idea. In an earlier interview, she stated that crypto has a long-term perspective. She also added that Apple Pay was watching its development and looking into possible crypto participation.

Using Libra as a case study, Cook pointed out the futility of trying to launch a cryptocurrency of such kind. Indeed, the highly controversial stablecoin project is facing many obstacles. Some of its key partners are reconsidering their stance on the project. Notably of the 28 partners are Visa, PayPal, Mastercard, etc. They seem to have developed cold feet following criticism from US and EU government officials. PayPal already backed out.

The majority of US Senate committees share Cook’s opinion and are against the launch of Facebook’s stablecoin, Libra. The lawmakers were quoted to have called the project “delusional”, instructing Facebook to consider a new business model.

Its recent controversy on how it handled user data and privacy, accompanied by the fact that banks refuse request to publicly support the crypto project only complicates the issue.

In similar news, CEO of Twitter and Square, Jack Dorsey also pointed out that they have no plans of venturing into crypto. He said he would, however, continue to promote Bitcoin. 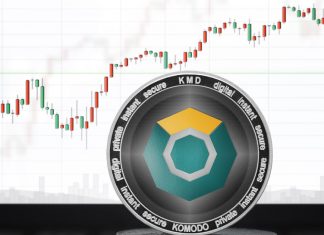 Ani - June 7, 2019 0
In an official statement, Komodo revealed that they were made aware of a serious vulnerability with one of the libraries used by the Agama...

Algorand (ALGO) Governance – What You Should Know