Home Cryptocurrency News Spotlight As the Royal Wedding Approaches Prince Charles is the Unwilling Face of... 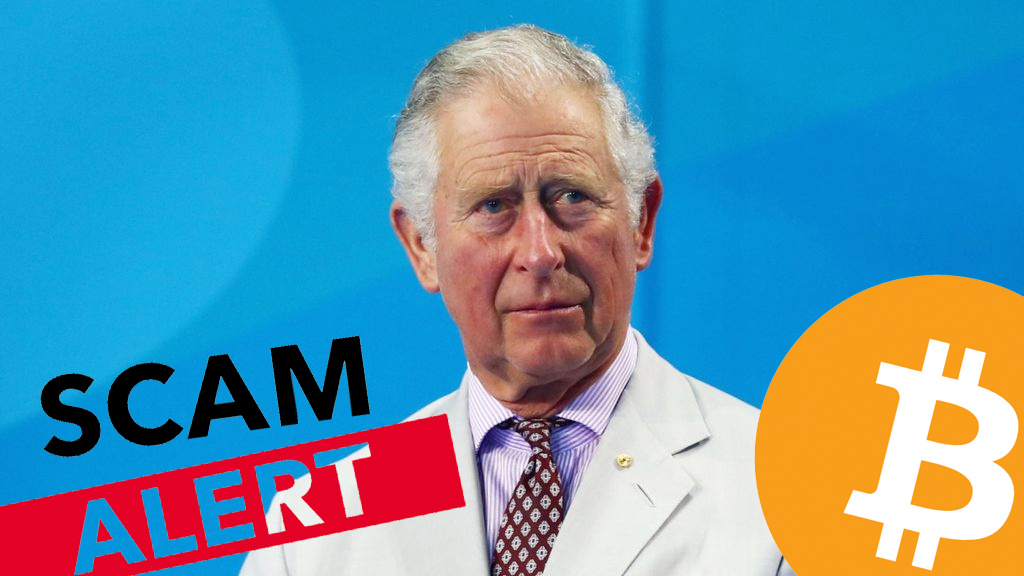 An alleged new cryptocurrency scam has been discovered, using the faces of Prince Charles and Jennifer Aniston but bizarrely randomly generated names.

A Houston based operation called ‘Wind Wide Coin’ has been hit by a cease-and-desist order this week by the Texas State Security Board. If the name wasn’t bad enough the Texan Board has accused the said company of misleading investors with fraudulent claims.

On their website, which is currently ‘Down for Maintenance,’ Wind Wide Coin allegedly claimed on its website that ‘there is no risk’ and investors ‘can’t-lose money.’ Statements like this are often “red flags” for many investors, as all investments carry risk and any investment can lose money.

Perhaps most bizarrely the coin is said to have fabricated client profiles using the images of famous public figures but changed their name. Prince Charles (Member of the British Monarchy and 2nd In line for the Throne) was named “Mark Robert” and Jennifer Aniston (American Actress and Businesswomen most famous for her role in Friends) was called “Kate Jeniffer.” It is hard to see how the company thought this scheme wouldn’t be noticed, especially with the high-profile nature of the “fake clients.”

Because of the almost ridiculous nature of this scheme, it seems as though it may not take off. However, emulating celebrities has long been a prevalent scam, especially on twitter. This may remain a problem for some time, and several crypto celebrities, including Vitalik Buterin (the founder of Ethereum), have had to change their Twitter handles to include “Not Giving Away ETH.”

Earlier this month the Texan Securities Board also issued cease-and-desists to two Bitcoin investment schemes. These schemes were allegedly selling unregistered securities. One of the schemes was BTCRUSH, a cloud mining service that promised 4.1% daily returns, irrespective of mining profitability.

Unfortunately, as cryptocurrency becomes more mainstream and profitable we will see more people trying to unlawfully take advantage of the situation. This means that more celebrities (even royalty) will be used as a fake endorsement. Therefore, we must only use trusted sources and do thorough research before ever investing or sending cryptocurrency. It’s exciting times for cryptocurrency but it’s imperative you remain safe.