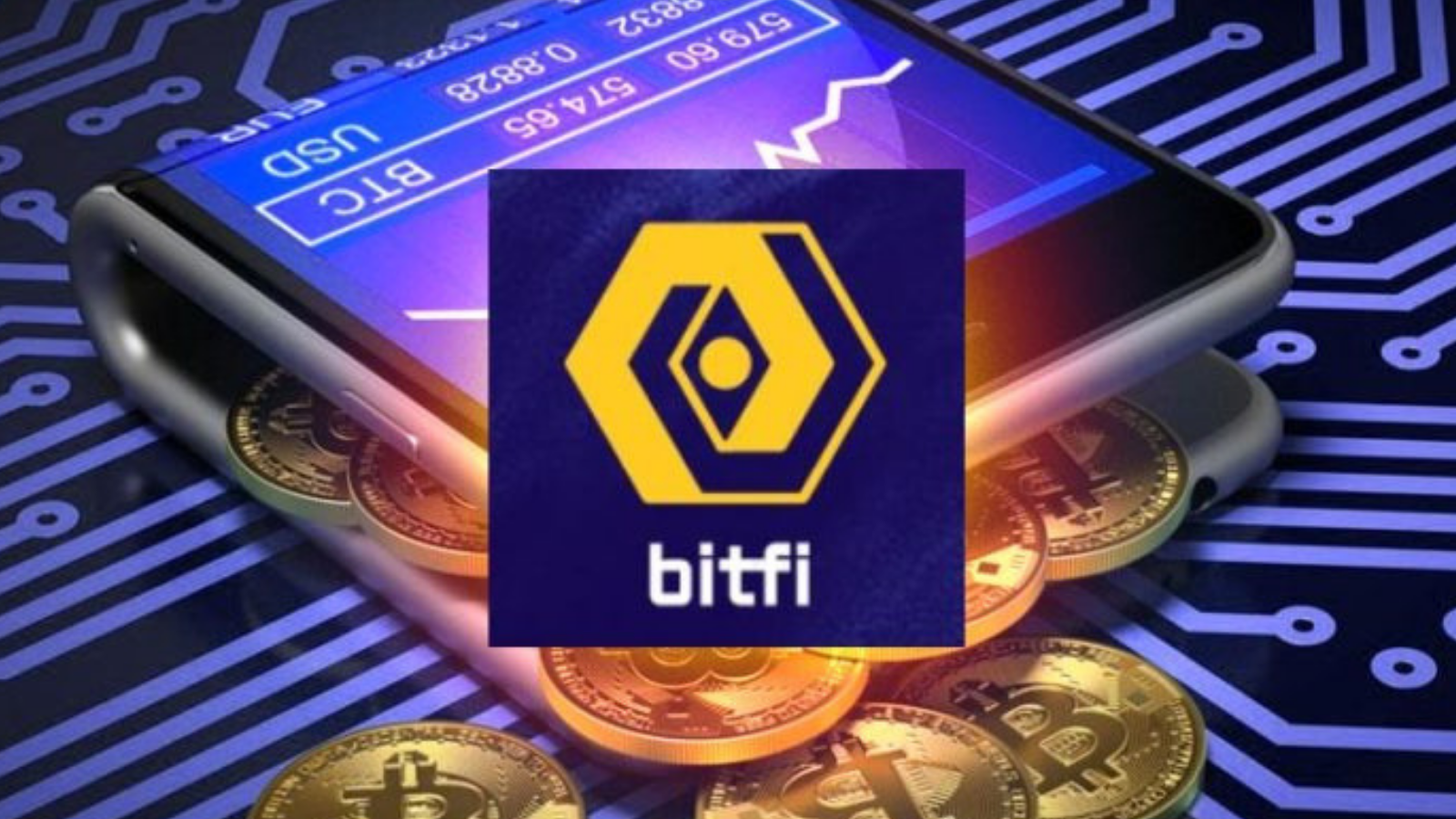 Bitfi, the crypto wallet which is backed by POTUS candidate John McAfee, has made an unexpected move. After almost a month of claiming that it is impeccable and offering a bounty to potential infiltrators, the company has finally published a statement that disproves the unhackable nature of their product.

To remind, at the end of July McAfee announced a bounty programme: following certain rules, a hacker had to get access to Bitfi’s wallet and in return receive a bounty, which was raised by McAfee from $100 000 to $250 000. Eventually, a few hackers, including a fifteen-year-old, rooted the device which is apparently a cheap Android phone. Bitfi and John Mcafee, in particular, have continuously denied that the hack occurred with McAfee openly challenging the word’s definition. As a result, the wallet won a Pwnie Award for the Lamest Vendor Response.

In its recent tweet, Bitfi has factually scrapped its own arguments. The team is now stating that they are not “unhackable.” They are even labeling their actions as “counterproductive” and have allegedly hired an experienced Security Manager to fix multiple “vulnerabilities.” 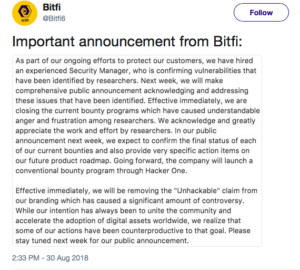 Expectedly, the bounty programme mentioned above has been closed. The company promises additional information this week.

While Bitfi’s acknowledgment can be described as ‘better late than never,’ McAfee’s actions once again match AltcoinBuzz’s earlier article’s self-evident name “Lies and Megalomania: How Bitfi Itself Acknowledged It Is Not Unhackable.” In a series of tweets, McAfee continued to show his ego and unwillingness to face the reality: not only did he disregard Bitfi’s official tweet but even raised the non-existent bounty and offered it to @cybergibbons  who rooted the device.

Before that, he wrote that Bitfi is selling like hotcakes and is clearly unhackable. 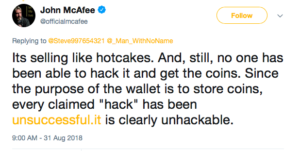 While it is indeed true that before the scandal Bitfi’s wallets (which were still officially unhackable then) sold out in 22 minutes, no new sales data is available to back up McAfee’s claims. 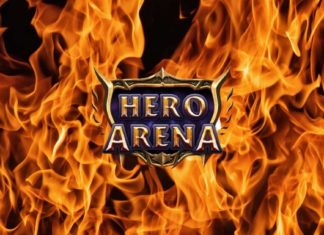 Daniel Abel - October 20, 2021 0
The blockchain gaming space is about to receive another amazing project as Hero Arena announces dates for its private sale and IDO. Hero Arena is...

How to Use Transit Swap