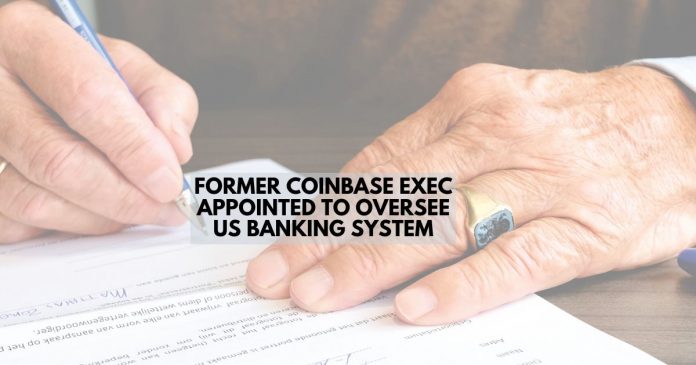 Brian Brooks, former Coinbase Chief Legal Officer, has been announced as the new chief operating officer (COO) and first deputy comptroller by the Office of the Comptroller of the Currency (OCC).

Brooks would begin working in his new capacity from April 1, 2020, according to the news issued by the OCC. The new appointee will replace Morris Morgan, who is set to retire at the end of April. The Secretary of the Treasury, Steven T. Mnuchin, designated the appointment of Brooks under the authority of his office.

As part of his role in assisting the OCC’s operation, Brooks will oversee chartering, regulating, and supervising national banks. He will also oversee the area of federal savings associations, along with federal branches and agencies of foreign banks.

The appointment of Brooks is seen as favorable for the crypto community at large. With his expertise and the previous job at Coinbase, cryptocurrencies are believed to be one area he is likely to attempt to improve.

It has also led to talks of this being a move away from the general anti-crypto stance on cryptocurrencies. Others hailed that the appointment to oversee the US banking system as a signal of change towards crypto at the US Treasury.

Mnuchin, in a statement leading to the appointment, described Brooks as a strong leader with extensive experience in the financial services sector.

“I look forward to working with him to ensure the stability of our financial system and its ability to foster greater economic growth for the benefit of all Americans,” he said.

The Comptroller of the Currency, Joseph M. Otting, said the new appointee would bring his extensive knowledge of legal, banking, and financial innovation expertise to the federal agency.

He said, “He is a visionary thinker with a passion for service and a deep understanding of how the financial services industry supports our nation’s prosperity. We are fortunate to attract such an experienced and talented individual to join our federal agency.”

Before joining the OCC, Brooks served as Chief Legal Officer at Coinbase since September 2018.
He had previously been with Fannie Mae, serving as Executive Vice President, General Counsel, and Corporate Secretary. He also functioned as a member of the senior executive team of OneWest Bank, NA, from 2011 to 2014.

Brooks has also been serving in the boards of directors of Fannie Mae, since March 2019, and Avant, since 2017. He will step down from all these duties before assuming his new office. 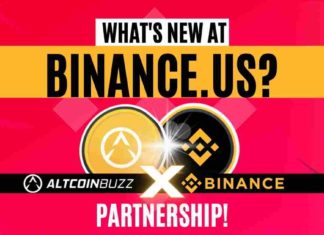 Camille Lemmens - September 7, 2022 0
Binance Global has an affiliate in the US. That is Binance.US. Both are well known for their low trading fees. However, Binance.US just added...