On the 17th of July 2018, the University of Pennsylvania Law School released a report titled Coin-Operated Capitalism. The report focused on the 50 top-grossing ICO’s from the 2017 period and included academic research into the promises made in their white papers. The research followed the path of looking into how many teams actually delivered on their promises post-ICO. The findings aren’t encouraging.

The inquiry made “reveals that many ICO’s failed even to promise that they would protect investors against insider self-dealings. Fewer still manifested such contracts in code.” This alarming discovery divulges that even some of the biggest ICO’s can be havens for fraudulent activity. This innate ability for fraudulent activity to occur in these ICO’s stems from investors willingness to buy into ideas which have little to no proven smart contracts supporting them.

If an investor enters into any opportunity without sufficient due diligence, ICO or not, they are likely to be exposed to potential fraud. However, if you add to that the ability of ICO’s to raise money rapidly without the restrictions placed upon IPO’s or CSF, then this creates a recipe for disaster. An example which is singled out in the report is the Polybius project. This project was a “fully digital bank accessible everywhere at any time … with a very efficient cost/revenue ratio.” The ICO managed to raise $31 million pre-launch and made a number of promises in their white paper.

“Its whitepaper makes several claims that would lead us to expect certain features directly coded into tokens or other smart contracts.” The Polybius team made a promise that “…according to the conditions of the ICO, payouts to token holders are directly connected to the earnings of the Polybius Project.” These promises were not delivered upon. The report states that for an investor to have discovered these false promises, they would have needed to spend “… a large sum of money purchasing the time and know-how of a very motivated and talented reverse engineer.” The Polybius Project is a perfect example of how white paper promises can be too hard to confirm for most investors and these promises cannot be trusted as a larger number of ICO’s aren’t delivering on the claims made in their white paper.

These findings shouldn’t be seen as a reason not to trust whitepapers at all, but a gift for educated investors to read and understand the inner workings of ICO’s and what white paper promises really mean. 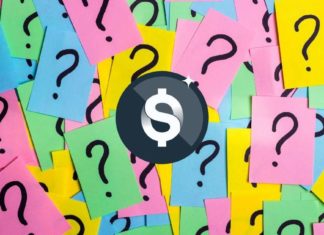 Racheal - April 19, 2022 0
Origin Dollar (OUSD) brings a new twist to earning rewards in the blockchain and crypto space. The stablecoin makes it possible to earn rewards...

BloctoBay Bringing NFTs to the Masses