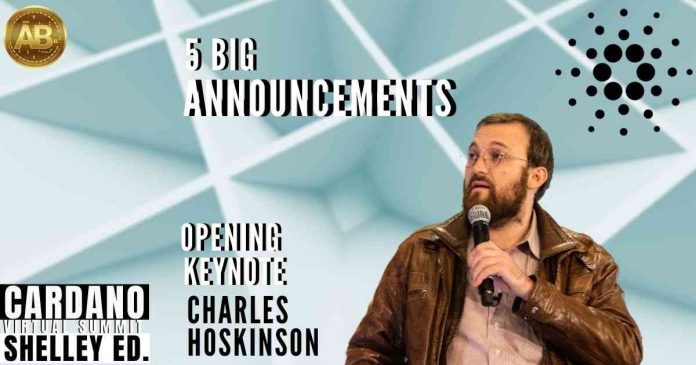 From the sunny city of Colorado, we had Cardano CEO Charles Hoskinson open Cardano Shelley Summit 2020. This summit marks the beginning of a new era for the project. We were taken by surprise when Charles made some announcements that go beyond Shelley.

At the Summit, Charles announced that after the successful launch of Shelley node on 30 June, upgrades will be pushed every week until 29 July. Consequently, by August 2020, people must be able to start staking on Shelley’s mainnet. He further added that Shelley will be a single source of truth. Moreover, it will support the development of a global decentralized financial system.
Talking about the heart of Shelley, the Ouroboros, Charles explained how it makes Cardano more secure and decentralized than any other blockchain.

According to Charles Hoskinson, the DApp developers are now moving from platform to platform. This is because they understand there is a need to work across diverse platforms. He believes this is the right opportunity to engage with functional programmers.
The project has hence launched a technology ecosystem. Cardano has Wave Financial Group to build this system that incentivizes the developers. As he shared, Cardano will now have a pool of funds worth $20 million for the DApp developers. These developers will help build the DeFi ecosystem. This pool will be known as cFund. IOHK will contribute $10 million and Wave will match the same by raising funds.

The final phase of Cardano, the Voltaire era, focuses on delivering a democratic governance model. Moreover, it will enable the Cardano community to make decisions. They can have a say in software updates, funding decisions, and technical improvements.
Charles announced at the Cardano Shelley Summit 2020 that by using the original codebase of Incentivized Testnet (ITN) and Project Catalyst the team has developed a voting framework for Cardano. Cardano community can submit their ballots for this voting framework and they request funds to develop solutions that add value to Cardano. As per him, the app will be open for voting in the month of August. With this, the platform has also introduced another pool of funds worth $10 million. This pool will be curated and controlled by the platform users.
The voting system will not only fund the projects but people also. These people will be the community selected Expert Class. They might not necessarily need to hold too much ADA but must be knowledgeable enough to add value to space.

To combat data privacy and security breaches, IOHK has developed an identity management solution, Atala PRISM solution. According to Charles, Prism could give almost 2 billion unbanked people an economic identity. These unbanked people would be able to track global goods from source to sale. Thus they would become capable of de-risking investment in emerging markets.
As a cross-chain compatible product, Prism will work as per industry standards like DIDs. Moreover, this will open up new possibilities for how people work with Cardano. Prism would allow people to create authenticated addresses. Thus it will act as a second layer of security for the users.  Especially, when they want to withdraw funds from exchanges. Moreover, it will also set a regulatory standard for exchanges.
All in all, Cardano is progressing towards the phase where ADA holders can directly influence the future of the project.
You May Also Like to View
YouTube Interview of Charles Hoskinson: Cardano, Shelley, Ethereum 2.0, Bitcoin and Defi 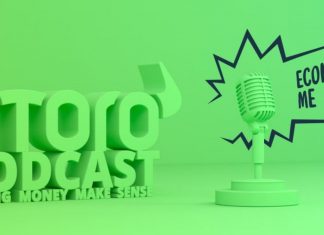 Racheal - April 15, 2020 0
Fintech firm and social trading platform, eToro, has announced the launch of a professional financial podcast called Economize Me. In a press release shared with...