Charles Hoskinson, founder of Cardano, has stated that Cardano’s team is working with several marketing groups to get ready for the big push.

The CEO of Cardano’s parent company IOHK made this statement when he took the time to discuss the coin’s plans for the upcoming year.

Hoskinson hosted an AMA on YouTube and other platforms, discussing the 2020 road map for Cardano. He kicked things off by analyzing the current situation for the coin, and how things are coming together.

He also mentioned the current progress of the upcoming Shelly update. And announced that the Balance Snapshot has been successfully completed.

SNAP! OK – balance snapshot all done! We've now got some work to do behind the scenes to get everything ready for the next phase in the rollout. Back soon! Meanwhile, you can find out more about what's next here https://t.co/sbeVQrhiwV #Cardano #Shelley pic.twitter.com/qMEk8VEyva

According to him, the crypto platform aims to bring in more clients and thus dominate the market. Hoskinson explained it has the capacity to perform 1 billion transactions. Concurrently, he encouraged Cardano teams to put more effort and push the brand to the main market. All in all, he envisages that 2020 will be a huge year for ADA.

Nathan Kaiser, Chairman of the Cardano Foundation, reiterated the plan to expand and incorporate more users.

The Cardano Foundation also recently announced the addition of two new members to its group of council members.

Cardano Foundation has appointed Tamara Haasen and Nicolás Arqueros as new Council Members. The latest addition comes as the Foundation set to assume more responsibilities ahead of the transfer of custody of Cardano and smart contracts rollout in 2020. https://t.co/3TIo0oup61

Hence, Tamara Haasen and Nicolás Rojas have joined the team. Other members of the governing council include Nathan Kaiser, Manmeet Singh, and Domino Burki.

Haasen is Chief of Staff at IOHK. And Rojas is Chief Technology Officer at EMURGO. To that end, it’s noteworthy that both are partners of the Cardano Foundation. Together, the companies are developing a decentralized ecosystem.

Hoskinson announced that a big data dump about staking rewards will be released on December 5, ahead of the testnet’s launch, which is set for December 9.

Do you think that 2020 will be a huge year for Cardano? Let us know your thoughts in the comment section. 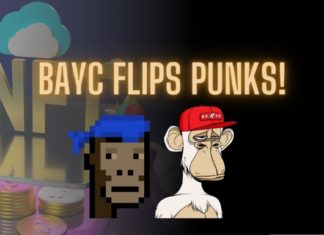 Aidan - December 24, 2021 0
Utility now outweighs historical value. If you told anyone in the NFT space eight months ago that BAYC was going to be more valuable than...

eToro Adds IOTA To Its List Of Tradeable Assets

Everything About the Crypto.com Wallet Part 1