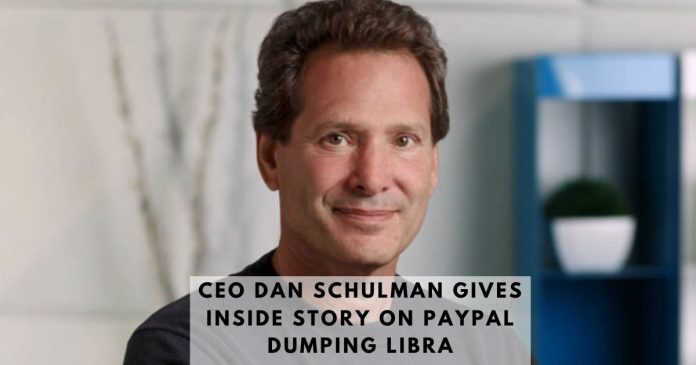 In an interview with Fortune’s editors and writers, Schulman revealed why the online payment processor left Facebook’s Libra. To remind, it was among the first companies to leave the Libra Association.

Schulman explained that when Head of Libra, David Marcus approached him he framed things differently. Hence initially the Libra project with its financial inclusion agenda appealed to Paypal.

However, Schulman revealed that eventually, his team learned more about the Libra project. And they discovered it had a lot of areas to cover. The online payment processor also had a lot of things on its roadmap outside of Libra. Hence, it decided to focus on it as that way they’ll be able to advance financial inclusion faster than investing resources elsewhere.

Additionally, Schulman mentioned the decision wasn’t an acrimonious divorce or anything of that kind. Quoting him: “It’s just that they’ll start going down a road that we’re very interested in looking at and monitoring.”

Nevertheless, the CEO said that it’s not out of the question for the two companies to join forces again later on.

Concerning regulatory scrutiny, Schulman mentioned regulation didn’t determine much. He said: “That wasn’t really what spooked us on it. It’s simply about, where we want to put our attention. Also, what we want to do today to advance our mission. Once they start figuring things out, we’ll take another look at where they are.”

When asked about Paypal’s works on blockchain and cryptocurrency, he said PayPal finds it intriguing. He pointed out that the technologies are promising.

However, he also said that the industry needs to produce something that the traditional rails can’t. As the present system already runs efficiently. And the benefits of blockchain they find intriguing revolve more around identity than efficiency.

Furthermore, Schulman shared that merchants on PayPal do not have a lot of demand for crypto. Primarily, because of the high volatility. Therefore, he believes that cryptocurrencies will become less volatile merchants will start accepting it on the web.

Interestingly, Paypal CEO does have some crypto. Thus, he admitted that he owns some Bitcoin. 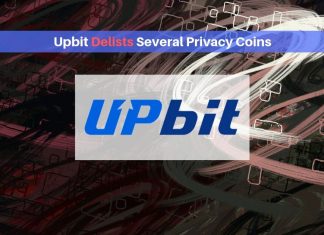 Racheal - September 21, 2019 0
The cryptocurrency exchange Upbit has recently announced that it would be delisting six different cryptocurrencies including some privacy coins. The exchange made this announcement in...