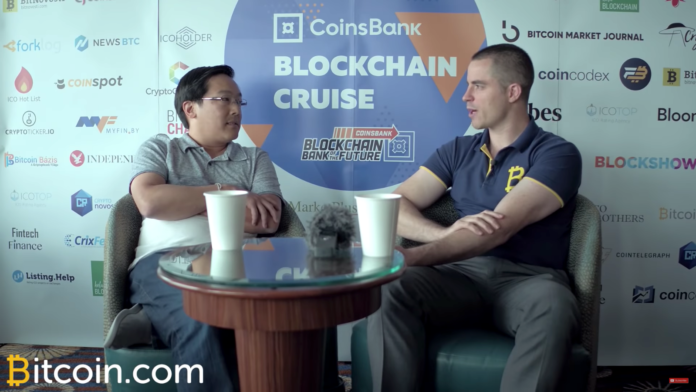 Put Charlie Lee, founder of Litecoin, and Roger Ver, CEO of Bitcoin.com and promoter of Bitcoin Cash, in a room together and you are ensured of an interesting conversation. In a video published on October 4, Roger Ver held a debate with Charlie Lee about the possibility that the Lightning Network can provide the solutions that the Bitcoin Blockchain requires to be a globally accepted crypto, this together with the benefits of traditional fiat transactions. The outcome of the video has been quite surprising!

In a video released last week, Charlie Lee and Roger Ver talk about Bitcoin and the Lightning Network. The debate, organized by Bitcoin.com, happened during the Blockchain Cruise in September. During the debate, both Lee and Ver expressed strong opinions about the Lightning Network and the authenticity of it as a “peer-to-peer” process. However, in contrast to other conversations between the crypto veterans, this debate had a rather unexpected and exciting outcome.

For those who do not know, the Lightning Network is addressed as one of the most potent solutions to cryptocurrency scaling. The lightning Network, which is currently under development, is a “second layer” payment protocol developed to guarantee almost instantaneous transactions with minimal fees, converting Bitcoin (BTC) into a cryptocurrency that allows for minimum value transfer operations in real time.

During the end of last year, Bitcoin experienced very high fees for the transactions it processed. At its peak, the transactions costs rose to $34 on December 23. At the same time, the transaction times were also extremely long due to the congested Bitcoin network. Because of this, Roger Ver and other Bitcoin developers decided to create a Bitcoin fork, nowadays known as Bitcoin Cash (BCH).

Bitcoin Cash is an on-chain scaling solution for Bitcoin. It has implemented larger blocks than Bitcoin, allowing the network to process more transactions faster and for lower fees. Roger Ver has been calling Bitcoin Cash “the real Bitcoin”, arguing that Bitcoin Cash is being everything that Satoshi had intended to do with Bitcoin. Bitcoin Cash proponents often call BCH “Satoshi’s true vision”.

At the beginning of the conversation, Ver asked Charlie Lee about how the Lightning Network is currently being developed around the world. Roger Ver furthermore asked Charlie Lee if he agreed that people are currently hostile to the use of Bitcoin because they considered that “buying coffee with Bitcoin is stupid.”

Charlie Lee responded to the accusation:

“They say buying Bitcoin on-chain is stupid … People are working on the Lightning Network which will help Bitcoin scale to second layer solutions, so it is still Bitcoin … they are not hostile to using Bitcoin.”

“Is it a peer to peer system when you are using a Lightning Network?”

“Sure, It’s actually more peer to peer than bitcoin”

Roger Ver, obviously not convinced about the Lightning Network as a P2P solution, then asked:

“Tell me why is it peer to peer when I have to connect my lightning node to yours, to his, to his .. to make a payment”

Roger Ver argued that Bitcoin is no longer a viable peer-to-peer electronic cash system. According to Ver, it is not possible to make fast and cheap purchases with Bitcoin. Which is exactly why Charlie Lee is saying that the solution to the problem is the LN.

However, Ver explained that there are currently no shops accepting LN payments, while Bitcoin Cash is already available without having to open LN channels. An argument that has been made by Roger Ver already several times. And, in a way, for good reasons. In order for crypto to achieve mass adoption, it needs to find ways to be accepted as payment.

Roger and Charlie made a friendly Bet

In a surprising outcome, the debate led to an exciting bet between Lee and Ver. Part of the bet: see which solution draws in more merchants before March 9 2020.

Rules of the Bet Between Charlie Lee and Roger Ver:

Overall, despite the differences in opinions, Lee and Ver had a very interesting conversation about Bitcoin and cryptocurrencies. Clearly, they have different opinions about how to make the crypto space better, but the overall discussion was very positive.

For the full conversation, see the video below: 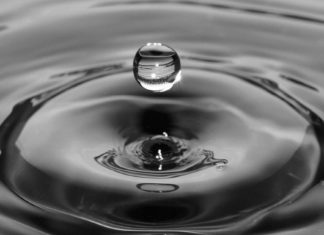 Racheal - March 12, 2021 0
MANTRA DAO expands its ETH/OM liquidity pool to AMM DEX PlasmaSwap. This is good news for MANTRA DAO, which is popularly known as a...