Coinbase, one of the largest crypto exchange based on daily volume, and probably the biggest name in the crypto ecosystem, had reportedly already managed to double its staff members in 2018. But, Coinbase is not done yet! Today, Coinbase announced that they made another new hire: Michael Li. Li, who’s joining the cryptocurrency trading platform as its VP of data, spent the last seven years at LinkedIn, most recently as its head of analytics and data science.

Cryptocurrency exchange startup Coinbase has hired LinkedIn’s head of analytics and data science. Michael Li, a senior LinkedIn executive who spent more than seven years with the professional networking platform, is taking on the role of vice president of data, according to a blog post published Tuesday. Li wrote in a Medium post this morning:

“Data will be essential to empowering Coinbase’s mission, and core to company’s strategy to deliver the most trusted and easiest-to-use cryptocurrency products and services. I feel privileged to take on this challenging and rewarding new role to start the next chapter of my career.”

“We will be both leveraging existing technologies like machine learning and AI, as well as creating data innovations for emerging blockchain use cases to keep up with the ever-changing industry landscape. I look forward to advancing the company’s leadership position in the crypto industry through the power of data and will share key learnings along the way.”

The exchange, which was founded in 2012, has been making a big push into Wall Street, beefing up its institutional business with hires in recent months from the New York Stock Exchange, Credit Suisse and other big corporations. It has also opened up offices into Chicago, Tokyo, Dublin, and Portland in the last year.

This latest hire continues Coinbase’s year-long push to expand its leadership team. In the last 10 months, the exchange has hired vice presidents for finance, communications and engineering, along with chief financial and compliance officers. 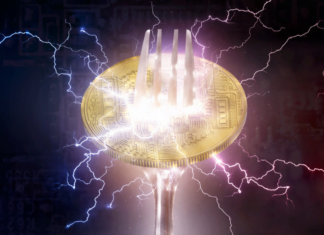 Why is This the Next Big Thing in Blockchain Gaming