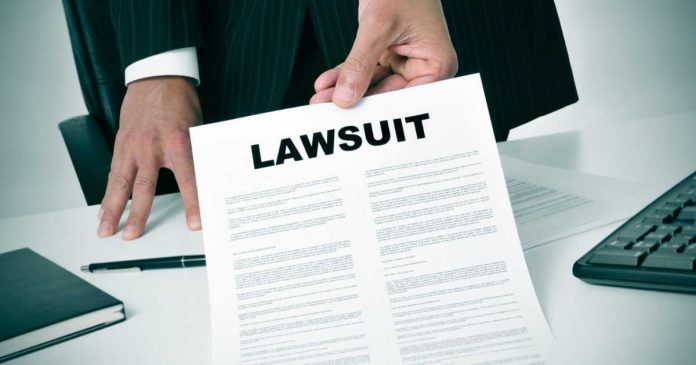 The self-proclaimed Satoshi Nakamoto Craig Wright has filed a new lawsuit. This time against a British podcaster Peter McCormack.

In the world of Mr Wright everything seems to be just right. Back in March, the notorious crypto entrepreneur began to file a number of lawsuits against those who deny he is Satoshi Nakamoto. The latest lucky guy is Peter McCormack, a crypto podcaster. The British crypto observer has tweeted a photo of an official legal notice from Craig Wright.

Wright accuses McCormack of falsely denying that he is BTC’s inventor and lambasting him in general. Unsurprisingly, Wright believes that McCormack should stop doing it.

“McCormack has been one of the most brazen examples among the Bitcoin Twitterati who publicly deny that Wright is Satoshi Nakamoto, who released the original Bitcoin white paper in 2008. For weeks now, McCormack’s Twitter feed has been dominated by slurs against Wright, as well as ill-advised challenges for Wright to take legal action against McCormack in response to these drive-by character assassination attempts.”

McCormack, however, seems not to be overly concerned with Wright’s action. When Calvin Ayre, Wright’s personal assistant, tweeted about the forthcoming lawsuit, the podcaster wrote an expressive message, saying ‘I’m getting sued by a couple of billionaires for saying words. The “alleged” inventor of censorship-resistant money doesn’t like free speech. Let’s fucking go!’

When is a good time to stop this ‘sh!t’?

In Wright’s world, seemingly, never. The entrepreneur has put off a number of high-profile crypto figures, including ETH’s co-founder Vitalik Buterin and most notably Binance’s CEO, Changpeng Zhao. First, CZ posted a warning that the exchange will delist BSV if Wright continues doing ‘this sh!t.’ Then, he actually delisted it along with Kraken and other exchanges — a move which apparently made Wright wanting to continue the ‘sh!t’, not stop it.

In fact, this is the logic behind his lawsuit aimed at McCormack. Coingeek explains that:

“Wright maintains that BSV is the real target due to its capacity for massive on-chain scaling, which represents an existential threat to the future of other cryptocurrencies, the flawed design of which prevents them from scaling to meet the needs of a truly global financial platform.”

While Wright’s behavior might seem silly, it is at the same time comprehensible why the man is acting like that. To begin with, he is vain. But not just that. As Altcoinbuzz previously noted, the fact that Nakamoto’s identity remains as cryptic as his/her invention gives the green light to all sorts of claims difficult to prove and disprove. Indeed, the consensus within the crypto community is that Wright is not Nakamoto and there are multiple reasons why. But sometimes it is not about what others think of you; it is about what you made yourself believe in.

Ruma - May 18, 2021 0
In the previous articles, we have explained how you can transfer DOT tokens from your exchange account to your Ledger wallet and the necessary...

4 Keys to Researching With Etherscan