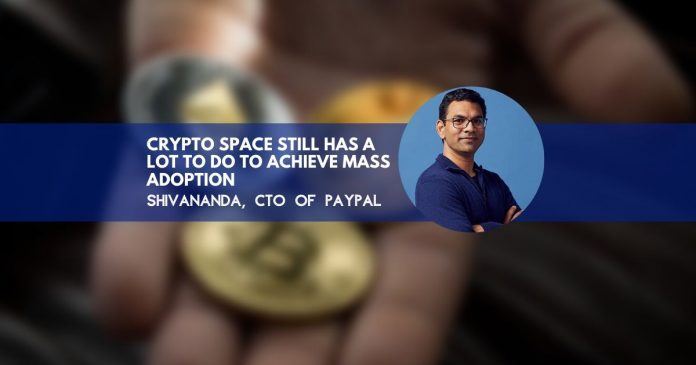 Sri Shivananda, CTO of Paypal recently disclosed that the crypto space still has a lot to do to achieve mass adoption.

He made this statement at the Economic Times Global Business Summit 2020.  Shivananda disclosed that for the crypto industry to truly move forward, developers must work hand-in-hand with consumers.

Speaking at the summit, Shivananda disclosed that most digital currency, for now, is mainly no more than “asset play” than currency. Also adding that the crypto space should be more concerned with resonating with users. This will, in turn, create better awareness and subsequently adoption.

He said, “The main thing to keep in mind in this business is to follow consumers”. Once consumers begin to feel the impact of cryptocurrency, “everything else will automatically fall in line”. In other words, a crypto business should be more user-centric i.e. encouraging users to make use of it as a payment method and not just for its asset value.

Digitization of currency is inevitable

According to Shivananda, digitization of currency is certain. It is not a matter of “if it will happen” but “when it will happen?”. The future of digital currency will rely on user engagement, fintech firms, government regulations, etc. The more crypto use cases available, the more the likelihood of a well-grounded digital asset future.

Shivananda’s comments come barely a week after the overturn of the crypto ban in India. He added that lifting the ban has attracted more users to India’s crypto space. Adding that the worse is far from over. As the crypto space still has a lot to achieve especially in terms of regulations, creating more use cases for the crypto industry, etc.

Using India’s Unified Payment Interface (UPI) as a case study. He pointed out the milestone the payment platform is already achieving. Operated by the NPC of India, the platform is currently enabling micropayments and person-to-person payment transactions. Adding that the crypto space should look to incorporating the model if it is to have a lasting impact in the world.

Still speaking in UPI, he said, “What has been done with UPI is truly inspiring. […] every country and every company around the world should look at and take inspiration from it”.

At the summit, he also threw more light on Paypal’s reason to quit the Libra Association barely five months after joining.

Although Paypal gave its reason for withdrawing due to regulatory concerns at that time. Shivananda pointed out that his company was looking to reach out to the unbanked and underserved of the world. And thought coming together with Facebook Libra will facilitate this plan. However, a closer look at Libra’s short to medium-term goal showed that this was not to be the case. Hence, the reason for the withdrawal. 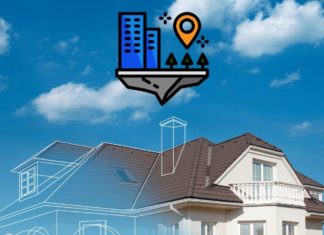 The Latest Guide of Real Estate Lands In Metaverses.

Martin Bilušić - February 14, 2022 0
Because of decentralized technologies, real estate may be forever revolutionized. As the Metaverse expands, so will digital real estate. When Facebook rebranded to Meta in...

Will Crypto Market Issues Spread Into the Broader Market?