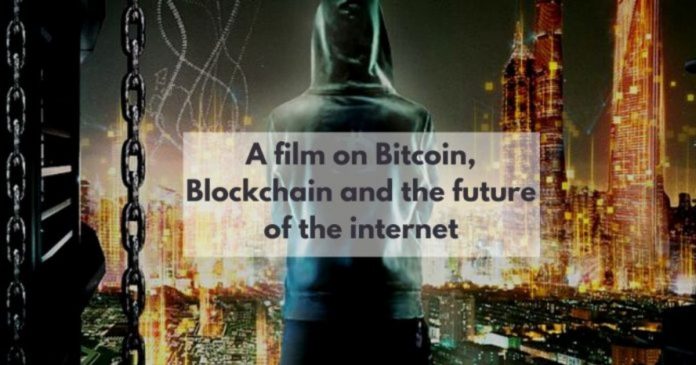 Cryptopia is a crypto documentary that is launching pay-per-view on May 7. The COVID-19 situation halted their global cinema tour but they continue to strive forward in response to the buzz they generated.

Cryptopia explores the evolution of Bitcoin and blockchain. The relationships that the crew forged with leaders, billionaires, and journalist since 2014 has helped them greatly in this production.

It is interesting to note that the Cryptopia crew had access to a decommissioned military bunker in a secret location in Switzerland where allegedly 10% of all Bitcoins worth billions of dollars are secured. They also visited the Computer History Museum in Silicon Valley and interviewed the co-inventor of the internet. 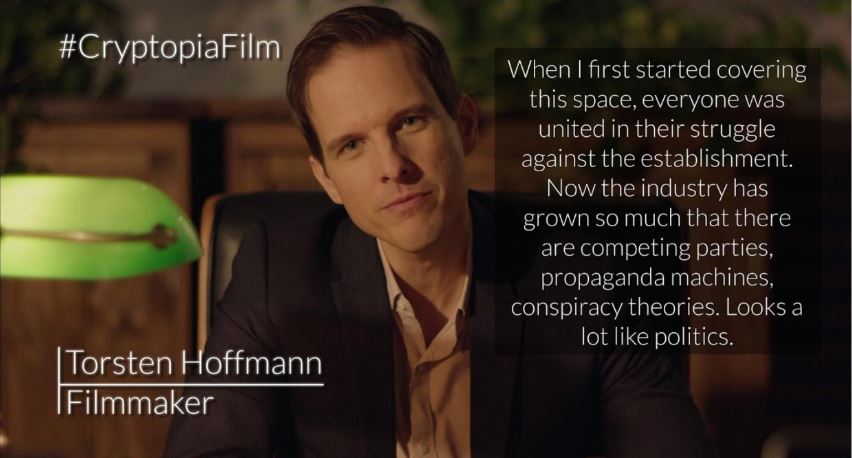 Torsten Hoffman is a Melbourne-based media filmmaker who got interested in Bitcoin in 2013. He has worked on this film for 6 years and also produced the independent documentary “Bitcoin: The End of Money As We Know It”. This film went on to win four awards at international film festivals and was subsequently licensed to over 20 countries. 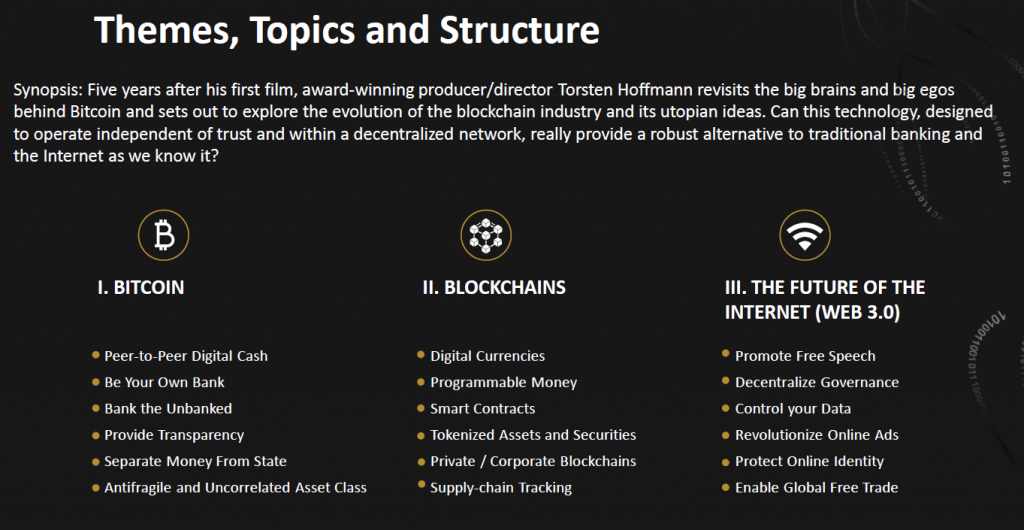 Cryptopia has 8 times the budget of “Bitcoin: The End of Money As We Know It” with a bigger crowdfunding campaign and industry backing. This budget enabled them to use elaborate 3D animations and also filming with two 4K cameras.

For over 5 years, the crew had built their audience and test screened an extended cut in various states of Australia. With the audience feedback they received, they improved on the film and increased the net promoter score (NPS) to 69. On top of that, they also successfully acquired nine corporate sponsors and a university as supporters for the world premiere at ACMI’s Treasury Theatre in Melbourne. They then went on to Davos to present their film.

Altcoin Buzz supported this Kickstarter project two and a half years ago. Since then, Cryptopia had premiered in Berlin, Luxembourg, and Basel with sold-out theatres. Unfortunately, the Coronavirus pandemic forced a halt to their triumphant global cinema tour. And so, Cryptopia has decided to build on its theatrical success with an online release. The film will now be a pay-per-view offering on various platforms.

Speaking on Cryptopia, Brian Fabia Cain, the podcast host of Epicenter dwelled on the nature of the evolution of blockchains. 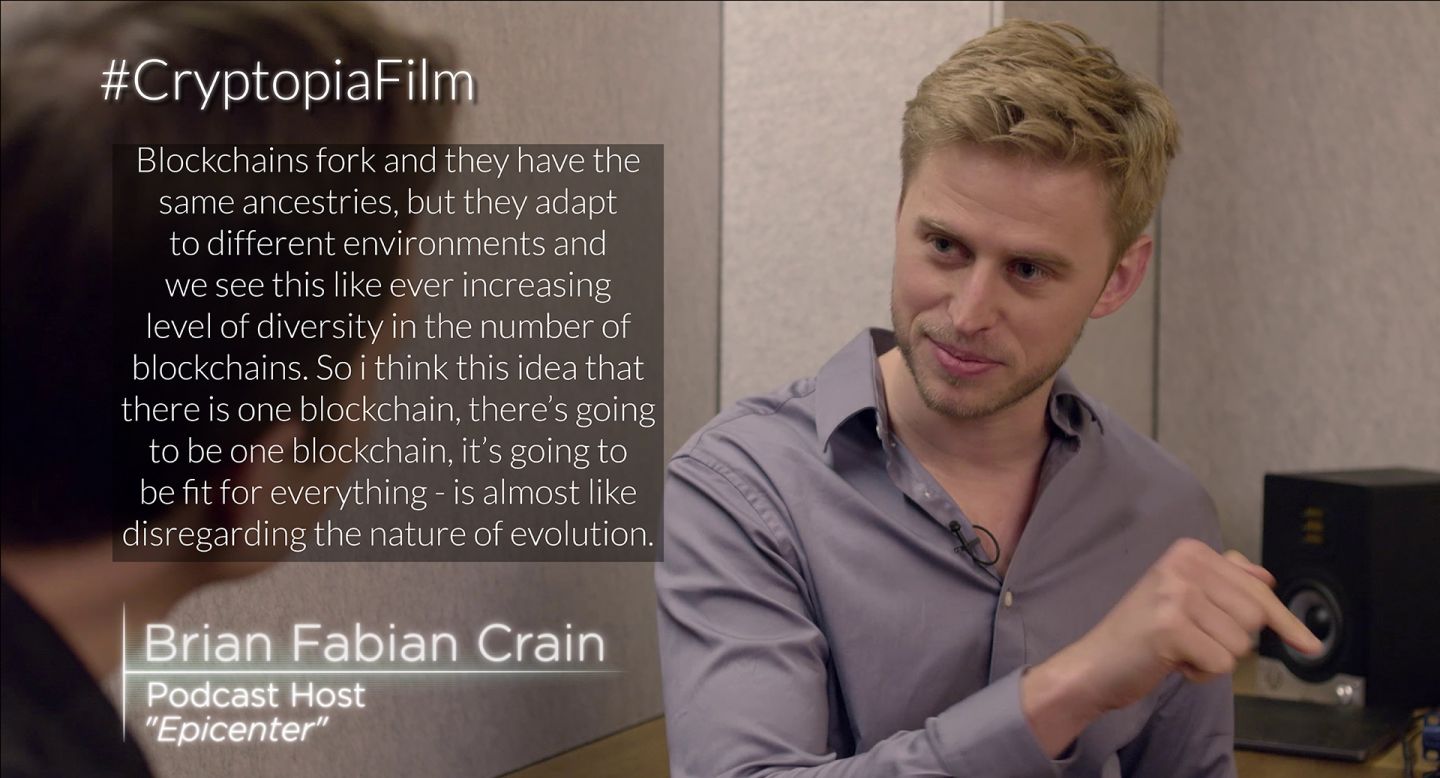 The Cryptopia team is currently looking for partners for dubbing the film into more languages to drive local distribution. They will start negotiations for television versions of the film in various countries.

Cryptopia at a glance

Previously, we had reported on the US streaming giant Netflix working on a sequel of the popular cryptocurrency documentary “Banking on Bitcoin”. 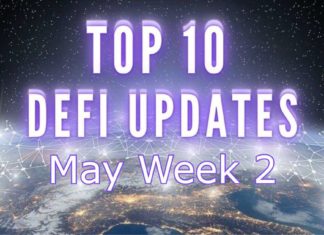 Racheal - May 18, 2021 0
The decentralized finance (DeFi) space is here to stay. To keep users informed of the latest moves in the space, Altcoin Buzz has compiled...

Visa and Worldpay Are Taking The Blame And Refunding Duplicate Coinbase...