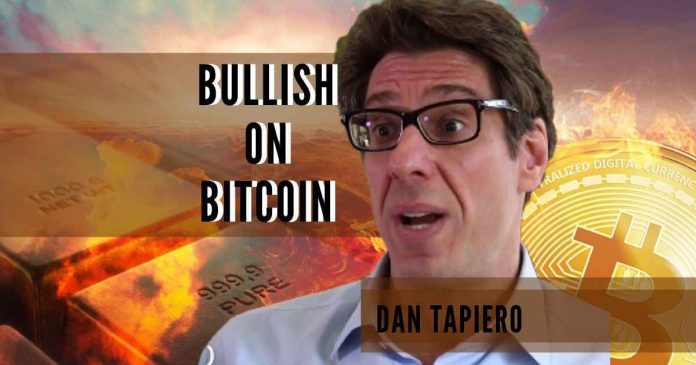 From the beautiful city of Connecticut, we had Dan Tapiero, founder of DTAP Capital join Layah Heilpern on Altcoin Buzz YouTube Spotlight. With a career spanning 20 years as an accomplished portfolio manager, Dan says, “Bitcoin is much much much bigger than Gold.”

As a co-founder of Gold Bullion International and having managed multiple trillion-dollar portfolios, Dan Tapiero’s opinion about Bitcoin (BTC) has changed drastically from 2013 to 2020. After working with influential investors like Michael Steinhardt and Stan Druckenmiller, Dan nows insists that investors must put 1-3% of their funds in Bitcoin as per the current scenario.

Dan’s years of experience in the market and working with the multi-year trend analysis of assets make him expertly qualified to understand Bitcoin as an asset. And to that, Dan affirms an investment opportunity like Bitcoin comes once in a lifetime. Moreover, he agrees with his contemporaries like Dan Morehead, the Pantera Capital CEO, on the bullish prospects of the cryptocurrency. Recently, Morehead had predicted there were 50% chances that Bitcoin might touch $115,000 by August 2021.

Dan forecasts that Bitcoin selling at $400K in 5-10 years is an inevitable event. However, he stresses that even at that price BTC will actually be underselling.

But that’s BTC as an asset. There is much more!

Talking from a macro perspective, Dan acknowledges the traditional narrative of Bitcoin that it is a better form of money or it is akin to Digital Gold. But he insists that it is just one way of explaining Bitcoin and it is not accurate.

According to Dan, Gold is an asset with the longest track record. With his macro investor’s cap on, he accepts that at this moment Bitcoin is definitely not as big an asset like gold.  He explains that with a suitable example.

As per Dan, a person with a trillion-dollar portfolio generally wants to have a 5-10% hedge for his portfolio. And that amounts to be close to $50-100 billion. However, owning Bitcoin worth $50-100 billion is a challenge right now. That’s because the total market cap of Bitcoin is only $200 billion. Therefore, at this moment, in Dan’s opinion, Gold is a more suitable hedge for such big portfolios.

However, he sticks to his guns and states that Bitcoin will be far bigger than stock, Gold, and commodities. And that’s because Bitcoin is not just an asset but rather an invention that can do so many things.

Moreover, he says there is quite a possibility that Mark Yusko’s prediction for Bitcoin comes true. According to Yusko, Bitcoin’s market cap could reach that of gold in the near future. And Dan shares that he would not mind keeping 2-3% of their portfolio as Bitcoin.

Up against Warren Buffet

If a global macro investor like Dan appreciates Bitcoin as an asset, then why do we see Warren Buffet not advocating Bitcoin?

According to Dan, Buffet’s investment instincts cannot be criticized as he happens to be one of the greatest investors of our times. The only plausible explanation to his stance against Bitcoin is that he is yet to do his work on it and understand it well.

Moreover, Dan says this has been seen that the investors under the age group of 35 to 40 understand Bitcoin far more intuitively than someone above 60.

Clash of titans: Gold vs Bitcoin

Dan’s investment advice in the current market scenario is that one’s portfolio must have both BTC and Gold. According to him, one must have 1-3% invested in Bitcoin and 5-7% in Gold.

Are altcoins worth investment?

As per Dan, Ethereum (ETH) and Binance are a few of the top altcoin projects. While ETH is super interesting, Binance is led by the powerful vision of CZ.

But all in all, BTC dwarfs them for Dan because it is scarce and has a store of value. However, he says that ETH holds tremendous value for programmers and must not be dismissed.

According to Dan, the economic crises we are facing were not inflicted by COVID-19. In his opinion, all COVID-19 did was that it just pricked the current economic balloon. And this balloon was already in an unstable state with the Fed pulling back on its balance sheet and increasing interest rate.

The worst is behind us

We believe Dan Tapiero is the first one to say that but according to him, March was the worst for the markets. And the markets have started exhibiting signs of recovery. He believes that the markets with functionality are performing better than the rest. To state an example, Dan points to NASDAQ which is approaching its all-time high while DOW is still going down.

He suggests that currently, it is not the market that is performing badly. In fact, it is all about the people sentiments which are extremely negative. As per Dan, only 10% of investors believe that the market is recovering while about 70% believe we are entering a phase of recession.

According to Dan, this COVID-19 inflicted market turmoil has created a wonderful opportunity for digital currencies. And that is because the entire world seems to be going cashless.

Do you also think all the events in the last 2-months act as a catalyst to the mass adoption of crypto? Do let us know your thoughts in the comment section below. 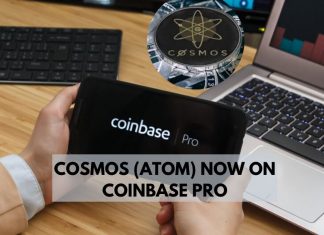 Litemint Starts 2020 on a Good Note