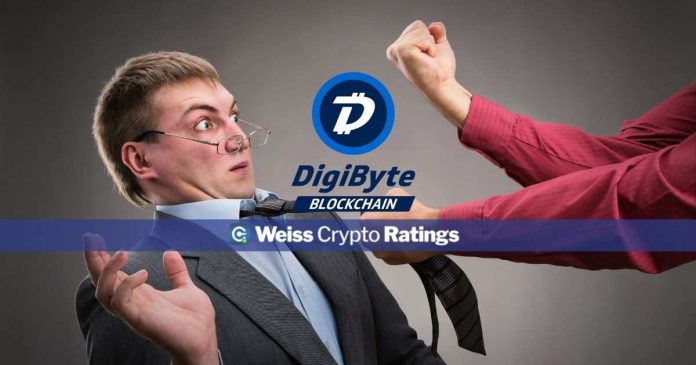 DigiByte founder, Jared Tate, has raged a war against the US rating company, WeissCrypto. However, he seems to have a valid reason to do so. WeissCrypto merits DigiByte as a cryptocurrency that must be avoided or the holders must promptly get rid of it. Meanwhile, when Altcoin Buzz reviewed the Weiss DGB summary, Jared’s anguish seemed justified.

According to the WeissCrypto rating, the market performance momentum of DigiByte is “very weak” earning the project a D- rating. Moreover, the rating company feels that DGB’s technology is weak too. Thus it sums up to give the coin an overall D+ rating. And now Jared is doubting whether WeissCrypto really understands what a truly decentralized blockchain means.

Reality is @WeissCrypto is a fraud and should be treated as such. They have no idea what the hell they are talking about. They do not know a truly decentralized #blockchain if it slapped them in the face. They are paid by insiders to promote bullshit. Keep dreaming charlatans. https://t.co/ofPGaURhxf

The mortifying rating was bought to Jared’s attention by @FrederikBf67, one of the founders of DGBAT. According to Frederik, WeissCrypto has been “advising” holders to get rid of DGB. All in all, this is putting WeissCrypto’s reputation as an unbiased trusted and independent rating platform in jeopardy.

On the page where WeissCrypto summarizes DGB’s market performance and technology, it also exhibits its 90-day price performance. Unarguably, DGB has had some glorious 90-days as the chart shows a 151.68% price pump from January 24 to April 26. Why could there be such a gap between market support and performance?

Skeletons in the closet

Moreover, on May 9, 2018, CryptoWeiss had conducted a Twitter poll asking for people’s opinion about the world’s #1 cryptocurrency considering Bitcoin is not in the running. The poll received a tremendous response with 8,027 votes. While Ripple (should have been XRP) emerged as a clear winner with 61.5% votes, DigiByte garnered 22.4% votes. In spite of the brilliant market performance and noteworthy market popularity, why does CryptoWeiss rate DGB as an unworthy coin?

#GoldmanSachs ex-president Cohn says: World will have 1 global cryptocurrency, but it won't be #Bitcoin. If so, which one do you think it will be? #crypto #cryptocurrency #btc #altcoin #altcoins #DigiByte #EOS #XRP #Ripple #TRON #XVG #DGB

According to @LunarCRUSH, the platform that tracks altcoin movements, DGB has hit a record bullish sentiment. With that, the coin has pushed to Rank#1 and has outranked Enjin, Tezos, DashPay, and even Ethereum.

Weiss Rating credible or not?

Around 2 years back, the then decentralized crypto platform Steemit had published an article ‘Weiss ratings reliable?’ According to Steemit, in the initial days, WeissCrypto reported Bitcoin as C+, and Ethereum was rated B. Moreover, the other top coins were rated as below

According to the researcher, Weiss Rating had merited Lehman Brothers as AAA just before it collapsed in 2008. This makes us question Weiss’s crypto rating credibility algorithm too. Could Jared’s assumption be correct that “WeissCrypto is being paid by insiders to promote bulls**t”?

Whether or not this is true, still such a demeaning rating of DigiByte does dent WeissCrypto’s credibility. Interestingly, at the time of the press, we did notice a slight upward correction of the overall rating to C- without any change in Digibyte’s market performance momentum or technology ratings.

Let us know your thoughts about both DigiByte and WeissCrypto in the comment section below. 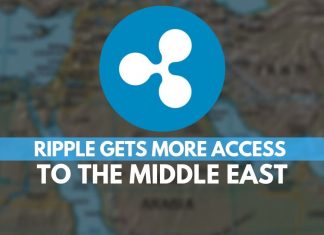 David Abel - September 25, 2019 0
Ripple has partnered with the Dubai-based, National Bank of Fujairah (NBF), giving the payment network access to the finance market in the Middle East. Ripple...

ShardTalk: Interview with Wizard on Cardmaker