Speaking to Fortune’s Balancing the Ledger, Garlinghouse admitted that Facebook will be unable to launch its Libra project anywhere soon if at all. He believes regulatory constraints will serve as a stumbling block.

“No,” he said when asked if he was bullish about Facebook meeting upon its original plans for Libra.

Facebook previously pledged to address wide-ranging concerns from governments and still release Libra as planned. But to Garlinghouse, it appears unlikely at the moment.

Additionally, when asked about a possible timeframe, he took a leave from the books of blockchain prediction service, Augur. “If I were a betting man, I would take an Augur bet. I think there’s a time-based element on Augur as well. Thus, I’ll say till the end of 2022 Libra will not have launched,” he decided.

During the interview, Garlinghouse noted that Facebook’s reputation could be a possible reason there is much trouble launching Libra.

“I think Libra could have been better received if Facebook had not been the point of the arrow. Facebook has been in the crosshairs of a bunch of governments around the world,” Garlinghouse explained. Before now, Facebook insisted it won’t launch Libra without the regulators’ blessings. However, Garlinghouse believes it’ll be difficult. He said: “I think it’s going to be a tough road.”

There have been several negative comments and expectations, starting from Garlinghouse recent words to PayPal’s withdrawal. However, there appears to be light at the end of the tunnel as Libra released its first-ever roadmap. Accordingly, the project is taking giant strides towards its Mainnet launch. 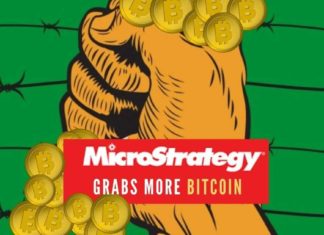