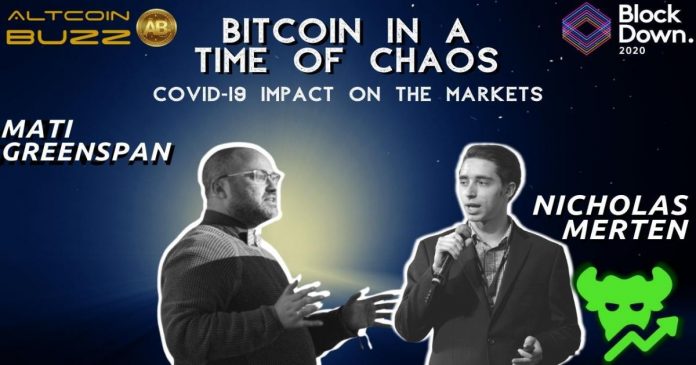 BlockDown 2020 is bringing the best brains of the blockchain to the mainstage in a virtual 2-day conference. As BlockDown 2020 media partners, we will bring you a rundown of exciting stories from talks, fireside chats, panel discussions as we cover blockchain technology during and beyond COVID-19, news from the DeFi world and more. Stay tuned!

Day 1 of BlockDown 2020 on April 16 saw many stalwarts shape their talks keeping in mind the chaotic impact of the pandemic crisis. Two such sessions featured Mati Greenspan, founder & CEO of Quantum Economics, and Nicholas Merten, host & founder of DataDash, one of the largest cryptocurrency YouTube channel. In their contrasting styles, both Greenspan and Mertens spoke of economy and crypto during these trying times.

A macroeconomic specialist and former eToro analyst, Greenspan’s session was styled “COVID-19 Impact on the Markets and a Few Trading Ideas”. He spoke of the screeching halt of the global economy in the last month of Q1 had an overall negative impact. However, the internet and telecommunications have strengthened as they cater to everyone forced to stay home during the unprecedented lockdown.

According to Greenspan, trading was going great guns even as we saw great market volatility. With companies and banks not faring well, trading still continues. Greenspan attributed this to the people having opinions about stocks, crude oil, and Bitcoin. Online trading applications accessible from home have also facilitated this greatly.

Greenspan did single out the soaring rate of job losses, particularly in the US as one of the major direct impacts of the pandemic. As recent reports suggest, more than 5 million Americans have filed for unemployment benefits since the lockdown started.

What the charts had to say

So, what people are generally looking for is liquidity, a foremost asset being the US dollar. Usually, the market economy expands over time. As the ongoing crisis compels it to shrink, everything from gold, silver to top currencies like dollar, yen, euro, pound lose value. So, how is crypto tied to all this?

Greenspan explained with a graph covering the period from the beginning of the crisis to date.

In light of this, Greenspan felt the crypto market, led by Bitcoin, was just going along the ride. According to him, there was the highest correlation between cryptocurrencies and the traditional market in their history.

Later in the day, we had Merten’s session “Bitcoin In A Time Of Chaos: A Macrotrader’s Perspective” lined up. A thought leader and renowned crypto analyst, he expressed his belief that cryptocurrencies, especially Bitcoin could provide some solution in these turbulent times.

Referring to the past lessons of macro-finance, Merten stated that printing more money or lowering interest rates was never the right fix. Essentially such artificial fiscal policies cause asset bubbles in the global economy. As a result, he estimated about $15 trillion inflow took place into stocks over the last decade.

And the crux of the problem was only the big companies were profiting rather than average people or everyday institutional investors. Now, added to this issue are the cases of shadow banking and an increasing number of hedge funds taking excessive risks.

Merten felt that before COVID-19 most of the problems went unperceived, but now had come to roost as the shock of the halting economy highlighted them. This has once again led the US Federal Reserve using its quantitative easing (QE) program. Result: More than $6 trillion of new money printed and interest rate slashed to almost zero. And the same situation pervades globally as the European Central Bank have taken near similar steps.

Another point that Merten made was the issue of negative yields in some European and Asian economies for people putting their money into savings bank or government bonds. He felt the US scenario could be the same within the next 6 to 12 months, which he likened to the Twilight Zone.

Merten’s proposition of what a macro trader can do

Managing capital and available net worth as the pandemic continues to ravish the economy requires identifying which market is the way to go. According to Merten, there were only three markets where one could usually store wealth with twin safeguards. First, there is no risk of cheapening the worth through infinite printing thanks to their rules of existence. Second, although there may not be any yield, at least they don’t penalize by generating negative yields. And there is a bonus that these are not beholden to any country or economy. These markets are gold, silver, and Bitcoin.

Merten went on to argue that Bitcoin’s finite supply of only 21 million coins could make it the perfect store value. He believed that as time progressed, people would choose to have their savings parked with an asset that served as the alternative to mass money printing and mass devaluation of the economy. And in this respect, not only Bitcoin but also Ethereum, Litecoin, and many other cryptocurrencies would play a pivotal role.

Merten, however, asserted that he was not predicting that traditional fiat currencies like dollar, yen, euro, pound would fail. But he was certain that people would look for a better challenging system that provided them the protection they needed.

In one of the fun elements of BlockDown 2020, we saw a digital artist drawing a sketch inspired by what Merten was saying.

A brief AMA session followed Merten’s talk. In response to questions, he touched on how excess capital in the system gave a spurious view of the asset value. He said that although conventional assets seemed to be rising, the inflation effectively diminished its underlying value though price rise and lower purchasing power. So, he shared the conviction that crypto like Bitcoin, along with probably gold and silver, would dominate the next decade.

In another session on Day 1, touted as a fireside chat, CZ, the Binance CEO voiced his opinion that QE would likely boost the crypto space and pump up the Bitcoin price. Later, there was also a panel discussion on the role of DeFi in the 21st-century economy.

Keep reading, as we bring more news from BlockDown 2020. 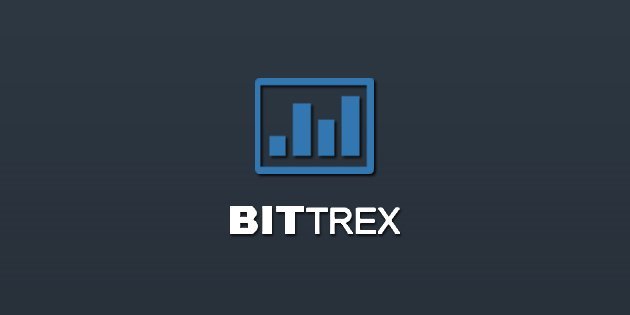 Garrett - April 11, 2018 0
Bittrex has been going through some major changes of late, recently announcing that they have re-opened account registration. This comes about 4 months after...