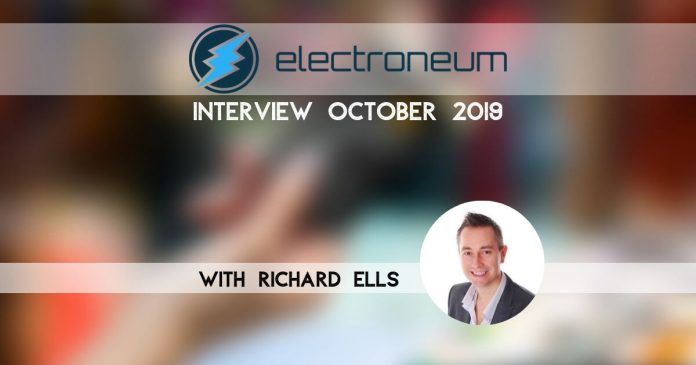 Electroneum has been expanding at lightning speed. In a new interview, Richard Ells, the company’s CEO, elucidated the reasons behind ETN’s success. And discussed what’s next on the agenda.

Over the course of three weeks, Electroneum has been in the limelight. The company made a foray into the Brazilian market, almost conquering it. Then, it entered the Turkish market. By all means, the expansion is quite spectacular. And this begs the question: what’s the reason behind it?

Richard Ells has an answer: the community’s trust. In the interview, he noted that Electroneum managed to outperform competitors due to a “fantastic community behind. We are talking about 2 million users with ETN in their wallets.” He notes that Electroneum rewards its user and hence “everybody who is involved has got something.” The company’s business model has a special design to it. Everyone receives up to $3 in ETN on a monthly basis.

However, Ells also made sure to add that the company is just gearing up. The first phase was to build the underlying structure to enable people to see and feel ETN. The second: to give people places where to spend it, for instance, in South Africa and Brazil. So countries start coming online. And the third phase is a gig fair that is yet to happen. It’s a two-sided marketplace in a Fiverr-like style.

In line with its mission to bank the unbanked, Ells stated that ETN’s aim is to boost the genuine adoption of crypto. So “that people in divert parts of the world can use coins to pay as they do it in conventional payment systems.”

The fact that Electroneum went “green” is also important. The team decided it was no longer sustainable to have thousands of miners running about 125,000 ASIC mining rigs that were using up four Giga hashes of computing power. Currently, ETN is the greenest coin with the energy consumption of a single bulb.

“iPhone of crypto is still to come”

Echoing the general consensus, Ells noted that he believes blockchain is still in its infancy stage in the world economy. He adds that the technology is yet to find other fantastic use cases.

At the same time, he has a very positive attitude toward other coins, saying that all of them should co-exist.

“Stop fighting each other for these bread crumbs when the whole loaf is still out there to experience. We should all stand together,” he stressed. And made it clear that the main task is to attract new people as the market is huge.

Quite expectedly, he posits that the biggest obstacle that cryptocurrency is facing is regulation. It is, after all, a recurrent notion. Proper regulation makes people comfortable to work with the environment. As soon as the crypto industry will have rules the users’ fear will dramatically decrease.

Last but not least, he affirms that the ‘iPhone of crypto is still to come.”

The full interview is available here. 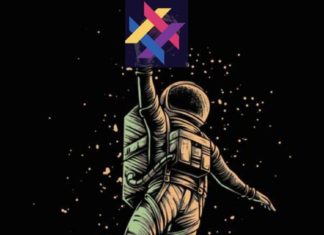 Deepika Garg - May 28, 2021 0
LowOrbit.Finance quickly earned the popularity of being one of the coolest projects in the crypto space. It is evident from the fact that the...