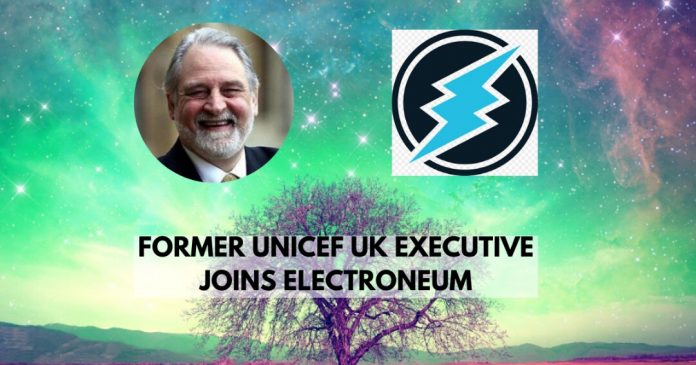 Electroneum, the popular blockchain-based payment start-up, has announced the addition of David Bull to its team.

This is according to a blog post by Electroneum. Bull says that he has high hopes about the project. Adding that it will help fulfill Sustainable Development Goals directed at the world’s poorest. Particularly, he believes it will improve the standard of living of some of the poorest people on earth by 2030.

To that end, Bull also commented on other projects like Electroneum’s low-cost smartphone, Task School – its E-learning TP skills portal and Any Task. He also added that with this platform in place, the youth would be able to conveniently earn a living in its own locality. Consequently, they won’t need to source for underpaid jobs in the urban areas. They will live and spend their earnings in their locality, thereby propelling the growth and development of the area.

Bull said “Young people, in particular, would be able to make a living in their own community. […] They would spend their earnings in the community, driving development for other local businesses, and potentially lifting a whole community out of poverty and giving them back control of their lives and livelihoods.”

The former Unicef boss expressed his excitement about working for Electroneum. He also pointed out that he has a wealth of experience in the charity sector. And will help the company build significant connections in the crypto space. Further adding that he is quite impressed with Electroneum’s goal of reaching out to the underprivileged.

CEO of Electroneum, Richard Ells in a blog post said David Bull will help facilitate Electroneum’s vision to help millions of underprivileged persons. Adding that: “We are very excited and very privileged to have David Bull on our team. He is here to help further our vision to help millions of people in developing countries and to broker deals with corporations and the most successful organizations in the world”.

David Bull, on the other hand, referred to Electroneum as crypto unlike any other in the crypto space. He pointed out: “It is an ecosystem of initiatives working in innovative, dynamic and creative ways to bring digital and financial inclusion and better and more sustainable livelihoods[…] This seems to me to be just the kind of innovation which can help ensure that by 2030 no-one is left behind, unconnected and financially excluded.”

David Bull spent 16 years in the UK arm of UNICEF (until 2016). Well known for his leadership roles at Amnesty International, he is definitely a great addition to Electroneum team. 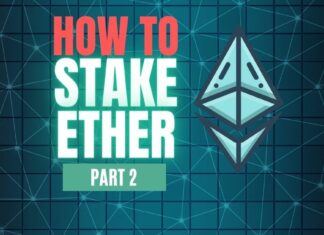 How to Stake Ethereum, Part 2

Crypto Radahn - November 9, 2022 0
This is Part 2 of an article series about staking Ethereum. Here’s a link to Part 1.  This is a continuation article from our previous...