BitMex Research’s new website Nodestats.org has examined the Ethereum’s Parity Full node and discovered a potential bug in it.

Bitmex has recently launched Nodestats.org. Its purpose is to collect key metrics on Ethereum nodes.

Together with TokenAnalyst, the website’s analysts scrutinize key data for Ethereum Parity and Ethereum Geth clients. This data is subsequently compared with such factors and requirements as CPU usage, memory (RAM), bandwidth and storage space.

The researchers were collecting data between March 1-March 12. During this period, they discovered that there is a problem related to sync. Thus on the 12th of March the node was still not completely synced with the Ethereum blockchain. The client was still around 450,000 blocks behind.

The problem with speed is not a big issue. Bitmex’s analysts point out that it should soon catch up:

“While the slow initial sync is a potential problem, at least for this system setup, Ethereum has not yet reached a point where the node cannot catch up, as the sync is faster than the rate of blockchain growth.”

They are more preoccupied with the fact that the Parity node “sometimes reports that it is in sync, despite being several hundred thousand blocks behind the chain tip.”

Is this potential bug a threat? Both yes and no. The report’s authors admit that malign actors might use this opportunity to interfere with the nodes, saying:

“For example a user could accept an incoming payment or smart contract execution as verified, while their node claims to be at the network chain tip. […] The attacker would need to double spend at a height the vulnerable node wrongly thought was the chain tip, which could have a lower proof of work requirement than the main chain tip.”

ETH in the loop

It has been a busy week for ETH. Chairman of the Securities and Exchanges Commission Jay Clayton confirmed that the coin as well other cryptocurrencies like it are not securities. He that William Hinman’s explanation of how digital assets evolve is the right one.

Besides, MyEtherWallett announced the launch of its new open source Ethereum blockchain explorer, EthVM. So far only the Alpha version is available.

Check it out at https://t.co/DvK4NSYdxm

Keep in mind that it's still in Alpha – please report any issues and suggestions, and help us improve the platform! https://t.co/AXO5yQoE1T 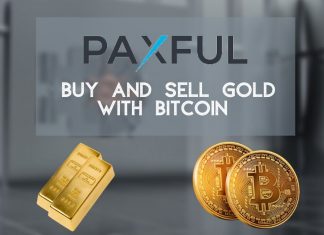 Ezekiel Ng - April 28, 2020 0
Paxful is a secure platform that acts as a global peer-to-peer (P2P) payment logistics platform. Paxful offers over 300 ways to buy and sell...