Changpeng Zhao, CEO of leading crypto exchange Binance, tweeted that banks will not be needed in the future to move funds. The tweet is a direct response to an interview with JP Morgan Executive Ron Karpovic.

This week, Ron Karpovich, Global Head of eCommerce Solutions at JPMorgan Chase, said in an interview with CNBC’s “Squawk Box” that banks will always be needed for moving funds. Karpovich believes that  crypto does the same as what establishment banks can do, but with lower fees. He said:

“Well, ultimately behind the scenes, they are going to have to use a bank to move funds. There’s more partnership instead of competition in that space. When it comes to margins and capabilities, payments is never something that grows in margin.  Nobody wants to pay for a payment. That’s one of the hardest parts of this process: you have limited resources and capability to sell; so you need highly efficient and large players. There’s so much consolidation in the payment space, mainly because there’s a requirement to just have good efficiency in your ability to make payments.”

Interestingly enough, Ron Karpovich got reminded during the interview that JPMorgan Chase CEO, Jamie Dimon, has been a cryptocurrency basher for many years. The hosts of Squawk Box wanted to know if this means that Jamie was “a convert now”.

“I think there’s a difference between trading a cryptocurrency that’s in the market that’s ubiquitous versus using the technology to enhance your payments infrastructure. We look at the technology as being a means of doing things faster and cheaper. Every CEO would like to make things faster and cheaper. So from that standpoint, I think there’s a buy into the concept of using blockchain. We are big players in the space. We created Quorum… We’ve also run the Interbank Information Network, which is a means for banks to connect to each other over the blockchain to share background data.”

Changpeng Zhao, the CEO of cryptocurrency exchange Binance, responded after the interview on Twitter, insinuating everyone will be in crypto and that banks are not needed to banks to move funds. CZ tweeted:

Now, we can't agree. Many (not so small) businesses already don't use banks, and they work just fine.

JPM just don't get it, yet. (also a reason they are not a threat to #XRP)

Everyone will be in crypto. JPM will ultimately have to use #crypto. https://t.co/duTU7G7mwm

Although, it might seem that CZ is against JP Morgan and JPM Coin, he isn’t. In February, CZ mentioned that tech giants and banks like Facebook and JP Morgan can do as they please, as long as their intentions are not harmful. According to CZ, JPM Coin and Facebook Coin will speed up the adoption of the cryptocurrency industry as a whole, which of course is welcome. 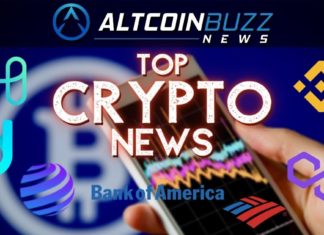