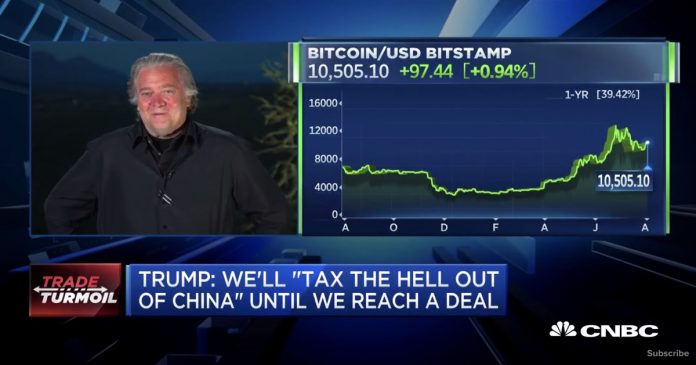 Steve Bannon, former chief strategist to US President Donald Trump, said in an interview with CNBC’s Squawk Box that cryptocurrencies “have a big future” due to the current geopolitical atmosphere.

Steve Bannon, who was the chief strategist to Trump during his first seven months in the White House and is also the head of conservative news site Breitbart, said positive things about cryptocurrencies.

It seems that although Bannon worked closely with Donald Trump and helped the current president to win the presidential race, he disagrees with the president on Bitcoin. Bannon said:

“Cryptocurrencies have a big future. They could be a very important part going forward, particularly in this global populist revolt.”

Bannon further stipulated that he anticipates that developing countries will use cryptocurrency to escape the dependence on the U.S. dollar as a reserve currency. Bannon said:

“I happen to think that Facebook was principally against some of the Chinese Alibaba, Tencent, etc. — these payment systems. I think that what people have to confront now, and people have started looking at is how the Chinese and third world countries — in Sub-Saharan Africa, in South Asia, and I think potentially in Latin America — are starting to put these payment systems in. They are going to kind of give them — try to give them global dominance and be able to get off the reserve currency of the dollar.”

Bannon is no foreigner to cryptocurrencies. In June this year, Bannon planned several private meetings with both hedge funds and cryptocurrency investors to research the possibility to launch an initial coin offering through his investment firm, Bannon & Company. 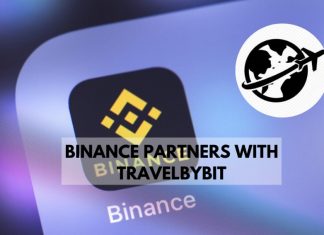 Racheal - November 29, 2019 0
Binance has partnered with TravelByBit, a crypto travel startup firm. The partnership will facilitate the launch of a crypto card that will enable payments...

Exploring the Borrow Feature of MakerDAO