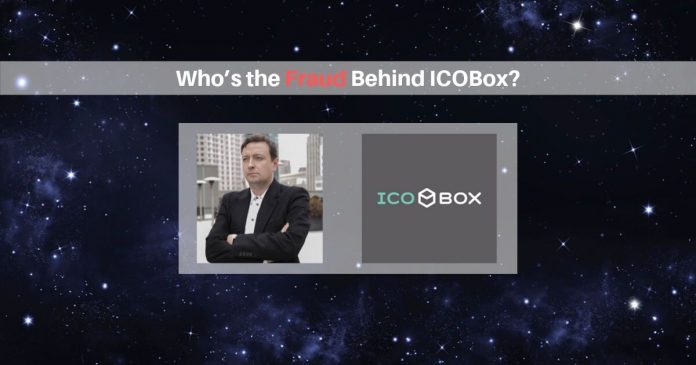 In the crypto-verse, fraud seems almost like a must. That said, it shouldn’t come as a surprise that the U.S. Securities and Exchange Commission (SEC) has sued ICOBox that has now some serious allegations to handle. But a deeper delve into the issue has also revealed some shocking information that the crypto community should know about immediately.

According to an official press release by the SEC, ICOBox founder Nikolay Evdokimov and the company stand accused of conducting illegal securities offering. The press release reads, “All the while, they were conducting brokerage operations as unregistered brokers.”

For the uninitiated, in 2017, the company raised $14.6 million in an ICO sale. It claimed to be the trailblazer in ICO marketing services. But that wasn’t exactly the case. In fact, ICOBox exposed 2000 investors to “risky investments”. And those are worthless now. According to the SEC, there existed no investment protection as necessitated by the law.

The SEC also says that ICOBox positioned its tokens, ICOS, as a utility and not as securities. Trading at $0.135975 press time, they are virtually worthless now. So far all the previous claims by the defendants about the tokens to be a store of value seem to be “fallacious”. Besides, the accused failed to provide investors important investment information. Thus the investors by default couldn’t make informed decisions. And this is a clear violation of federal securities law. The SEC is not sparing anyone. In ICOBox’s case, it seeks injunctive relief, disgorgement with prejudgment interest and civil money penalties.
During its years of fame, ICOBox conducted ICO’s on behalf of multiple blockchain clients, raising $650 million. And it did it all as an unregistered broker. Paragon Coin happened to be one of ICOs conducted by ICOBox. The SEC mandated to refund the funds raised.

Watch out for Evdokimov

While fraud is unacceptable, at the end of the day there are a few things to keep in mind. And one of them is that all investors should always double-check the background of the projects and their evangelists. Previously Altcoin Buzz published an article on how to identify an ICO Fraud. Now, let’s take a closer look at Evdokimov, who the man actually is and how to retrieve facts.
Indeed, it is the case that Nikolay Evdokimov is a Russian entrepreneur. Therefore finding information about him for a foreigner is trickier by default. But it’s still very possible if you use sites like https://www.lexilogos.com/keyboard/russian_conversion.htm. There, you can type in his name in the Latin alphabet and receive its Cyrillic equivalent. In this case, its “Николай Евдокимов.” The subsequent formula is surprisingly mundane and requires a quick google search (not a thread through the ex-KGB spies).
Once you google his name together with words like ICOBox (I used automatic google translate for showcasing how it works), you’ll see that Evdokimov is a very popular man in his motherland. Quite expectedly, for all the same reasons. In fact, the results will strike you, just take a look at the screenshot and you’ll see the line that reads “He stole millions from the Russians.” Sounds a bit worrisome, doesn’t it? 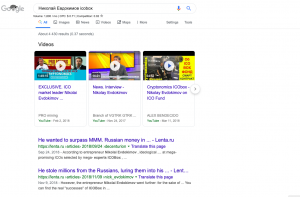 Indeed there’s a lot to worry about. Dubbed as the equivalent of late Sergei Mavrodi (a highly notorious Russian Ponzi schemer who outperformed Bitconnect long before it was created), he’s not just responsible for ICOBox. A man of many talents, he also created a so-called DECENTURION, the “first blockchain state”. Its native coin DCNT is still on the market trading at $0.00592484.
Here’s an extract from a reputable Russian outlet Novye Vedomosti that should really make you feel agitated. One of its subheadings describes Evdokimov’s multiple projects, including ICOBox and Cryptonomics Capital the following way: “it was so easy to rip everyone off, like taking candy from a baby” (figurative translation of: “развели, как детей”)

One thing has to be admitted: it would have been hard for ICOBox investors to disclose all this information in 2017, as the funny details pertaining to his activities started to emerge in 2018. However, the need to double-check the information has to be embedded in everyone’s mind. More so, since Evdokimov is nowhere close to giving up. He’s still rampant (DCNT is available for grabs, for instance) and seems to some extent copycat his think-alike Mavrodi, who continuously shapeshifted his schemes.
Currently, Evdokimov is heading another firm, albeit not a crypto one, Seopult that has been suddenly renamed to PromoPult (speaking of shapeshifting). Besides, one of the Russian sites states that he’s Head of Development at Appintop that he founded. Turns out that it’s based in California and Evdokimov, by the way, also seems to live there. That shouldn’t come as a surprise, as Russia allows double citizenship. And it could very well be that Evdokimov has also acquired other citizenships, which would make it possible for him to create new schemes in new countries and perhaps under new names as well. There’s one thing, however, that unites all fraudsters in their endeavor to strip everyone off: they rarely change the algorithm of their schemes.
That said, stay tuned as Altcoin Buzz is preparing a detailed overview of the fraudulent schemes behind ICOBox and DECENTURION.
Co-authored by Lesia Dubenko 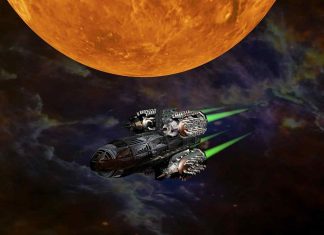