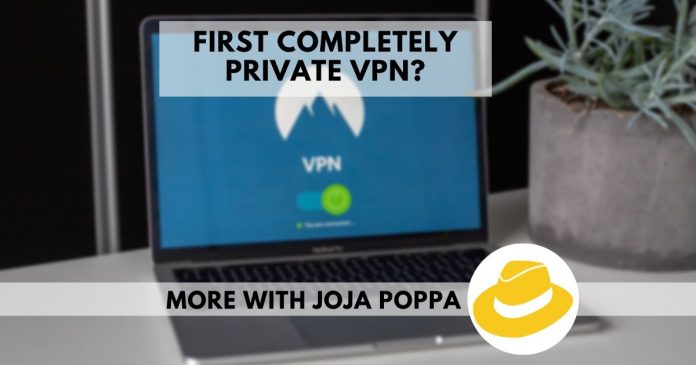 We interviewed Joja Poppa, lead developer of Fedora Gold, to learn more about their project.

Fedora Gold (FED coin), launched in September 2018, is a part of the CryptoNote family. It is also a state-of-the-art privacy coin based on the CryptoNote protocol. Users can safely store, mine and hold FED in a range of wallets on the proof-of-work (POW) chain, secure in the knowledge it will grow in value via egalitarian mining.

And now let’s get into the interview.

Q1: Are there two coins?

We are transferring our .com domain over to Italy and it should be done soon. There is currently a domain propagation issue but you can use fedoragold.it.

Q2: Also, are these two coins by the same developers?

Yes. I was the primary developer on TIPS as well but we stopped development on TIPS two years ago and launched FED. We needed to switch to a privacy coin-based system for our use case. TIPS only exists inside of Gate.io now.

Q3: Was there a swap? Or is there no link between the two projects?

There was a swap but it has been over since long ago.

Q4: Is tipping the main use case of FED? Can you elaborate more about the use case?

We will support tipping but are now working on a virtual private network (VPN).

It’s a privacy coin that will allow you to purchase VPN services without disclosing your identity. We will then route the traffic over an encrypted network, so that your location is not known to the exit nodes. The service is paid for in FED, and the exit node operators earn FED.

There won’t be a testnet at the moment. We should be releasing the VPN service in a month or so and the coin is already operational.

Q6: How do the VPN servers work?

The traffic routes through Hyperboria.

Here is a little elaboration on Hyperboria and CJDNS.

CJDNS is a new Internet protocol and it’s intended to replace the existing internet. The popular name is Hyperboria. CJDNS is a network suite invented by Caleb James DeLisle in 2012. However, there already exists a parallel internet called Hyperboria (since 2012). It’s a layer 3 encrypted mesh network and has a few thousand nodes at present. Our FED coin uses that network to make the VPN private.

Here is a diagram that explains how FED will work. VPN cloud is basically your Hyperboria. Red hats (Fedora CJDNS) are your exit node in that mesh to the old internet. 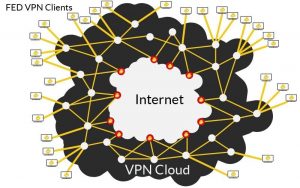 Yes, I’m currently working on it.

Q8: How fast and scalable will the VPN be?

The CJDNS protocol unlike TOR (which is slower than the internet) is faster.

Q9: Is there an existing VPN provider that can be used as a reference for this?

There are no existing VPN providers running on CJDNS.

FED will be the first. There is a native CJDNS VPN client but it’s more for connecting to hardware routers. Hyperboria plans to replace the internet (that’s what their goal is).

Q10: Can you help explain Hyperboria and CJDNS vs TOR in terms of speed, security and privacy?

I think from a service perspective, what is unique about FED, is we will have as many exit nodes as wallet holders that want to offer it. So market demand will drive the number of exit nodes. All other VPN providers oversubscribe due to their fixed cost for exit nodes. We don’t have that issue as CJDNS is an encrypted version of the internet.

It does not use fixed routing tables. Instead, it uses a distributed protocol (CJDNS) that routes packets based on the proximity of mathematical regions. With no routing table, it is actually faster than the IP protocol.

Hyperboria is a mesh network running on an encrypted protocol called CJDNS.

Yes, they do. If you have a FED wallet and want to earn some FED, you sell access to your ISP by offering exit node access to FED VPN clients.

Q12: What is the maximum number of exit nodes that can be there? What consensus does FED coin use? Is it similar to CryptoNote or Lelantus?

We are creating an open market of VPN clients and VPN exit nodes with Hyperboria in between. There can be an infinite number of exit nodes as market demand creates them. We are a derivative of CryptoNote which is a custom algorithm.

Q13: Will it be correct to say that an exit node provider does not need to stake any FED coin?

No, just open a wallet and offer access. It’s a POW coin and you can mine from our wallet too.

Q14: When would one be able to test the VPN service at its earliest?

In a month or so. We also have somebody working on a mobile wallet for Android and iOS. That should also be out around the same time.

Q15: Do you foresee issues with getting on mobile stores and exchanges?

We are on Unnamed Exchange, Altilly and Moroex. Once I have more time, I plan on wiring us up to Waves.

We will not have an ERC20 swap.

I would create a CryptoNote gateway as some decentralized exchanges (DEX’s) let you list yourself. I would also really love to do the same on BISQ. On Bitshares for example, you cannot list yourself but some DEX’s let you if you can handle the coding.

This is aspirational but first I need to complete the VPN.

Q17: Would you say it’s a more secure and private yet scalable system? What are your biggest tech challenges here?

Yes, it’s more scalable, as anyone can be an exit node. As demand increases someone in the market will have incentive so you don’t have oversubscription like with regular VPNs.

Also, it is more private as any existing VPN knows who you are. Why so? Because they know your IP address, and because you pay them with a credit card.

However, CJDNS does not know your IP address and you are paying with FED which is a privacy coin. So we are the first truly trustless and private VPN service. We really don’t know who the clients are so no one can force us to tell.

You are not reliant on a promise that we scrub logs, which doesn’t work if the state or a large corporation wants an audit. We won’t have that problem because we don’t know in the first place.

Q18: What tech challenges are you facing and what you are building now?

We’re planning on releasing a standalone VPN mobile app. It’ll be totally independent of the wallet, although it will eventually require fees to be paid in FED coin

The key use case, however, is providing VPN to mobile users independently of needing to understand complexity of blockchain.

We think there are 100x or 1000x more people who want and need VPN services than actually understand blockchain. So, we plan to take FED coin beyond the inner crypto community out to the real world. It just so happens that it’s powered by our secure blockchain. We think it will lead to positive results.

Q19: How many people do you have working on just VPN right now? Also, how is the operation funded?

I’m the lead developer. Besides, we have someone working on the mobile wallet too and we have two others in our mining pool area.

A continuation of this statement- We are a trustless VPN service. The clients don’t need to trust us because we really don’t know who, nor where, they are.

Q1: So it’s a decentralized VPN service, I’ve heard of something such as the infamous Substratum. What makes FED different?

The CJDNS protocol is more efficient than the IP protocol that runs on the regular internet. CJDNS can tunnel over the internet (as Substratum does) but it can also route packets directly, as it rests on Layer 3 of the protocol stack.
Also, it does not need a traditional routing table and can route packets faster. Substratum wants to make the internet free and fair. CJDNS seeks to completely replace the internet. They have different goals. For our part, on FED, we are using Hyperboria as a way of creating VPN packets routed through Hyperboria are encrypted and untraceable.
A regular user, on the regular internet, can use FED VPN to access sites on the regular internet anonymously. So, instead of comparing the backbone to Substratum, I believe the better analogy would be to TOR.
The bottom line is, however, in order for a VPN to be private, you must be able to access the VPN without the client’s IP address getting exposed, and with your payment for the service being private. CJDNS hides the client IP address from our exit nodes, and FED coin privacy is based on Cryptonote.
Also, back to your Substratum comparison; it is a pay-per-click platform (layer 8), and CJDNS is a packet router (layer 3). Hence, they are not comparable at all.

Q2: So at the end of the day, what would make the end-user choose this over a traditional VPN?

A VPN today will give up your identity if the state demands it. There are many countries around the world where this happens. The VPN provider could promise you not to retain usage logs, but what do they do if a court order arrives? They give up your identity.
The only truly private VPN would need to be trustless. 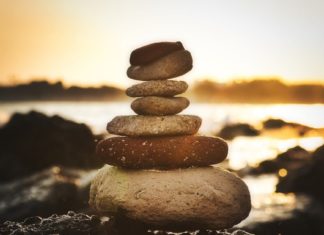 David Abel - April 6, 2021 0
e-Money recently announced its partnership with Fuse Network. The partnership between Fuse Network and e-Money is centered around accelerating the mainstream adoption of stablecoins. With...