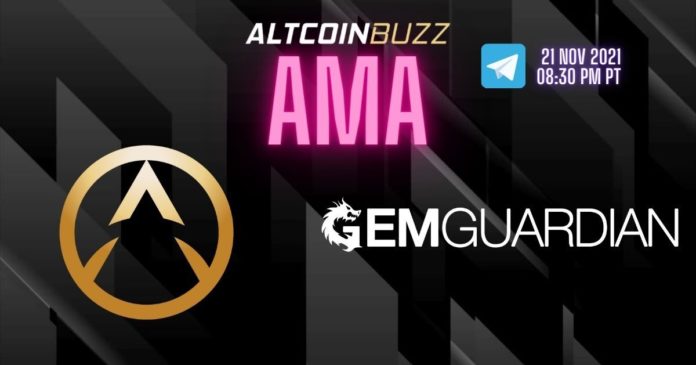 The General Manager of Altcoin Buzz, Anindya (Ani) Baidya, anchored the GemGuardian AMA session on our Telegram channel with Stephen B.L, the CMO of GemGuardian. Besides, the AMA took place on November 22nd, 2021.

Below is a recap of the AMA session with Stephen B.L to understand the NFT card game better. The AMA was also in three segments: introduction, deep dive, and community questions and answers.

Q – Tell us about yourself. What’s your background, and how did you guys also come up with the idea of Gem Guardians?

This is Stephen, CMO of GemGuardian NFT Project. CMO: 7+ years in Marketing and Blockchain management, had two successful BPO operations, and private investor for multiple ICO launches in 2017.

Advisor of projects like Monopolist, Meland.ai, last survivor, and Dinoland. GemGuardian Project started as a concept developed by the same development team as Binstarter, our incubator. Both the development team and marketing team planned, groomed, and executed the GemGuardian Project. The founding members’ vision is to create an equal and rewarding blockchain gaming experience for the rich and the poor. Therefore, we set the barrier of entry low enough to entice players in developing countries.

Q – Tell us a bit about your team. How many people do you have? Where is the team based out of?

GemGuardian core founding members have experience primarily in IT, marketing, and operations management. Currently based in the Philippines. Besides, the development team is ten people, the operation and marketing team is 50+.

Q – We have been huge fans of GemGuardian already and have covered you as a gem multiple times. So what is Gem Guardian? Would you please introduce the gameplay?

First of all, we love Altcoin Buzz, and we’re very honored to be covered by the media giant.

In a nutshell, GemGuardian is an NFT based Fantasy card game launched on the BSC network and Polygon.
The objective of the game is to acquire Lootboxes using GEMG and Gpay tokens. Lootboxes will give players NFT Characters of a Guardian or a Dragon. Using a minimum of one Guardian and one Dragon, players will have a PVE battle to acquire in-game rewards.

Q – You have two tokens, Gem G and G Pay. What are their utilities in this entire ecosystem? How will it be their use?

Our project is unique because it’s model after the gold standard that nurtured the USA to become the strongest country in the world until the 70s, then they changed it.

Dual Token Economy consists of two tokens: GEMG (Gold), and the other is (Gpay) Cash. GEMG’s utilities include voting, governance right, profit share, and purchase of Lootbox, which is the first point of entry into playing the game.
In addition, GEMG models after equity or a store of value in the GemGuardian Ecosystem. Pay token models after cash/medium of exchange in an economy, facilitating exchanges, in-game rewards, and purchases of the Lootbox. The game reserves also act as a bridge connecting both token supplies where liquidity is constantly reinforced to the Gpay pool. This will help mitigate the selling pressure for GEMG tokens while keeping Staking and in-game reward ROI high.

In addition, Gpay will be part of a $3-Million-dollar incubation program that would facilitate Gpay Metaverse. GEMG will have a bigger vision but will have to keep this a secret for now.

Stephen: It took the team a long time to conceptualize the structure.

Q – I read ‘Gpay Metaverse,’ can you through more light on it?

Gpay is the in-game reward that is being generated as players play GemGuardian. But another important utility of the token is being the currency of the Gpay Metaverse.

Gpay Metaverse is an alliance of new game projects that pledges to run partially using the Gpay currency. In return, Binstarter and GemGuardian’s $3 million promised fund will incubate the growth and nurturing of these new developing projects.

Achievements and Other Products

Q – You had a very successful IDO in Binstarter. Since then, you have come a long way. Tell us about the journey and accomplishments since then.

Thank you for the support of both projects. It was a rocky road, but the fighting attitude of our team/incubator and the loyalty of our fellow Guardians helped us achieve this success.

Q – Recently, you have launched the mainnet and, along with it, loads of features. What value does the mainnet bring in? What additional features did you also implement?

Yes, Mainnet V2 was launched on Polygon as we are trying to lower the fees and point of entry for GEMG holders to participate in the game. Some of the features that were launched includes:

Testnet previously held helped us gather all the feedback from our testnet participate and implemented some changes, including emission, ROI of in-game rewards, ROI of staking pools, entry cost, and gamer’s gaming experience. All of these feature was used to build the final version of the mainnet V2.

Q – How many users do you have currently, and how much growth do you predict in the foreseeable future?

Currently, we have around 8k players in the economy, which is pretty good for a new project.
We are holding a World of Champion Tournament in December and are projected to generate exponential growth in our player base in the next two to three months.

Q – You have talked about the Metaverse. Are you already engaging with new partners? How is the development on that front looking? Can some names/ teasers be disclosed?

Yes, we are already working with multiple big-name partners in the crypto space and traditional space. Therefore, these partners will be revealed to the public as the project progresses.

Finally, from this segment, two winners with the two best questions will have a $250 reward, respectively.

Q.Telegram – As games become popular, they become costly to play. Axie Infinity tries to solve it using scholarships. How will Gem guardian ensure that the game is accessible for all, keeping the low entry barrier?

How we strive to lower the cost of entry is:

GemGuardian is designed in such a way that the game and platform are very user-friendly and self-explanatory. All players, including ones with no experience, will quickly grasp the features and functionality of the game.

Moreover, the Altcoin Buzz community gratefully thanks Stephen B.L for participating in the GemGuardian AMA session on November 22nd on our Telegram channel. 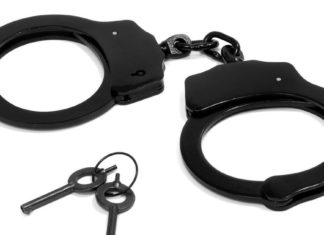 Pratik - November 4, 2020 0
China has been facing a major challenge stopping the laundering of money through crypto. Reportedly, over 1 trillion yuan have been illegally dealt every...