Stop drawing attention to yourself by advocating how much crypto you hold! It is a message that has been spread by a lot of people already multiple times, but still many people keep bragging about their holdings in nearly every Telegram chat and under YouTube videos. Bad idea: scammers and cyber attackers are paying attention and they might be coming for you! In a recent interview with CNBC, Google security lead, Mark Risher, cautioned crypto traders against boasting of their cryptocurrency portfolio on the internet.

Mark Risher, the Google executive who oversees email fraud, abuse and identity issues told CNBC that people need to rethink what they post online. Bragging about owning a lot of bitcoin on a public message board can make you a target. Risher warned that gloating of one’s virtual riches risks attracting malicious actors such as cyber attackers, citing an uptick in attacks targeting the owners of cryptocurrency wallets. Risher also said that many of the cyberattacks involving crypto can be traced back to a post made by the victim on a public message board.

“It could just be a case of mistaken identity or guilt by association. They could be using someone who seems to be low value to pivot toward somebody considered a higher value target, like somebody political in nature. Or maybe they saw that you were discussing Bitcoin on a public message board.”

Risher also warned that social media has increased the sophistication with which many attackers target their victims through allowing scammers to conduct detailed research into the individuals that they target. According to Risher:

“You might think of this generic ‘Dear Sir or Madam, I am contacting you to ask you for a favor,’ but the truth is many of these attackers have done some serious research on their victims.”

It is, therefore, advised not to share a lot of personal information online. You never know who is watching! Good to know: Google has been rolling out several security measures for security-minded Gmail users, including the Advanced Protection Program, which requires the use of third-party physical security keys — a solution Google has said significantly cut down on email scams internally. The company is also launching a USB-based security key called Titan for consumers. 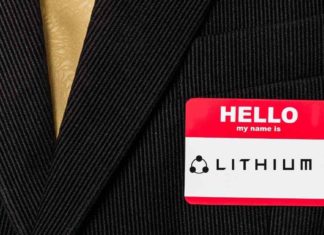 Martin Bilušić - February 6, 2022 0
Crypto launchpads, also known as IDO platforms, are platforms for launching new currencies and crypto projects. They are the next big thing in the...