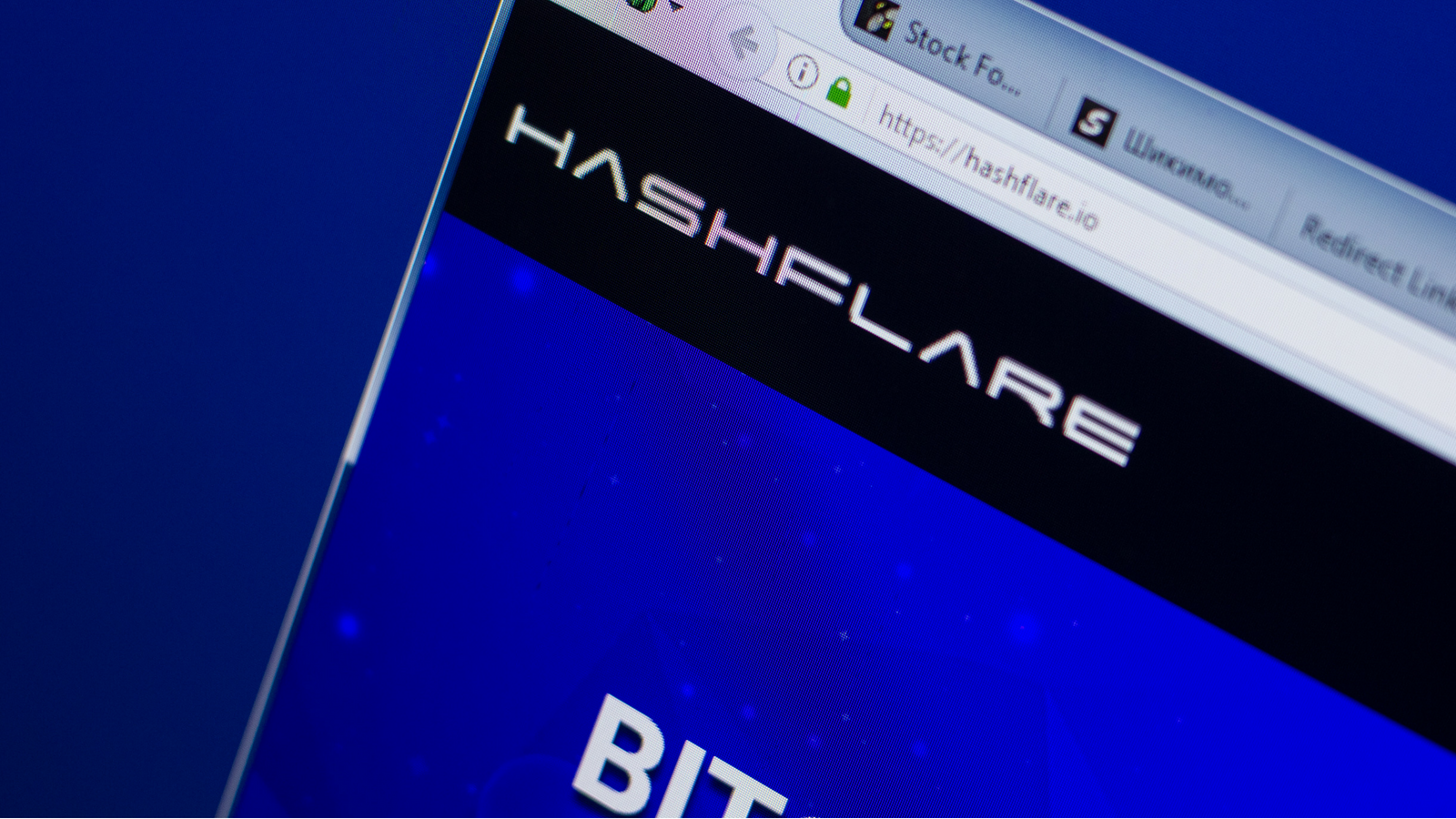 Just a couple of days go Altcoin buzz begged the question Is Hashflare Cloud Mining About To Pull An Exit Scam? The answer did not take long: looks like a yes.

Back then, the users were worried because “the daily payouts are now below the maintenance fee, so users are not making any returns on their investments anymore.” The concerns turned out to be justified. On Thursday Hashflare reportedly limited the withdrawals, specifically for customers who failed to verify their identity. On Friday, it canceled all BTC contracts and shut down BTC mining service prompting some outlets, like Fortune.com to characterize it as “a so-called “cloud mining” service that allowed speculators to effectively rent processing power on the Bitcoin network.”

What happened, according to the post released by Hashflare on Facebook, was “the difficult time for cryptomarket.” And thus the service had to be shut down. 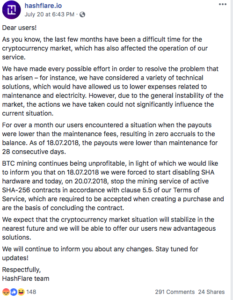 Arguably, the most important part of the post is the following: “BTC mining continues being unprofitable, in light of which we would like to inform you that on 18.07.2018 we were forced to start disabling SHA hardware and today, on 20.07.2018, stop the mining service of active SHA-256 contracts in accordance with clause 5.5 of our Terms of Service, which are required to be accepted when creating a purchase and are the basis of concluding the contract.”

So what are these Terms of Service? Apparently, if a contract does not generate any profit for 21 days, it will be terminated permanently. Should it start being profitable (within those 21 days), the contract will start paying out again.

Obviously, the user reaction was not positive. Some asked for proof, others simply wrote, “Bitconeeeeect.” Most of the people are asking for a refund, as they paid a yearly fee for the service. However, no information about refund has been publicized yet showing that the company is not as customer-oriented as Binance and Bithumb.

A user who commented on the Hashflare’s post has also warned against scammers (the post is in Russian, the author is Viacheslav Maslakov) saying that there is another Hashflare group (most likely this one, as he did not provide the link) on FB which asks for your login and email and then requires to top up your account with another 0,05 BTC. Then, they will make a refund…..not.

Moreover, it remains to be seen what happens to the mining contracts on other cryptocurrency networks, such as Litecoin, Ether, and Dash. Hashflare has not specified whether they will be canceled or reviewed.

While the situation continues to be as vague as the company itself, Madoff wasn’t on the blockchain is already offering the angry customers a potential solution. Apparently, there is a way to get a refund if you pre-paid Hashflare services with a credit card. Here is how.

He has also posted a video which, in his opinion, proves that Hasflare was a scam. While it will take time to prove that Hashflare is a money stealing enterprise (if it is), it serves as a reminder to all crypto enthusiasts to not just doublecheck but quadruple-check what you are investing in even if the project has a whitepaper. 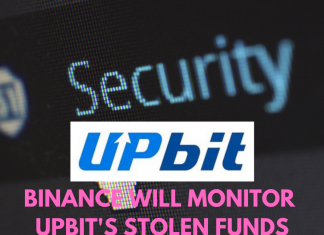 Natalia - November 27, 2019 0
Following the UPbit hack worth $50 million, Binance has decided to freeze the stolen funds. The other exchanges will support this initiative and thus...