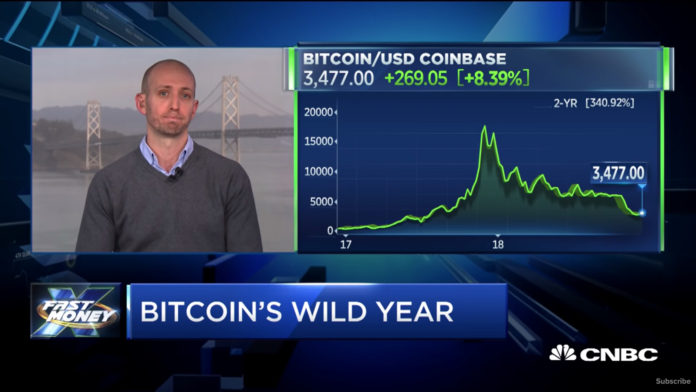 It has been a rocky 2018. Crash after crash let the market to decline to lower lows. Many retail investors completely left or are still “holding” while being despaired. But, next year is going to be great again! This according to Spencer Bogart from Blockchain Capital at least. Oh, and we should ignore the price for now, just so you know!

Following the crypto market’s strong rebound on Monday, CNBC Fast Money called upon Blockchain Capital partner Spencer Bogart to talk about the $50,000 Bitcoin price prediction that Bogart made at the beginning of this year.

Although Spencer Bogart was wrong in saying that Bitcoin would hit $50,000 by the end of 2018, Bogart still believes that Bitcoin will one day reach this level. When BTC will hit this price target, however, wasn’t said by Bogart. Bogart stated:

“At Blockchain Capital, we are long-term venture investors, so we are never doing short-term price targets”

“Bitcoin does not make a kind of price-to-earnings or price-to-value revenue that normally puts an upper bound or a ceiling on a typical kind of early-stage technology company. Bitcoin can surely reach that high. But how long will it take – we are not sure yet.”

Ignore the price, for now.

Ironically, while many Bitcoin Bulls where more than happy to share bullish price predictions earlier this year, they now all say we should stop focusing on price and start focusing on the developments in the crypto space.

It started with Fundstrat’s Thomas Lee saying last week that he was “sick of giving price predictions”, and now also Spencer Bogart is changing his tune. According to Bogart, we should ignore the price of Bitcoin. He said:

“The reality is that fundamentals have not changed. Ignore prices, 2018 has been a fantastic year for bitcoin. This is the first year in which we started to move to scale bitcoin with the Lightning Network where you can transact extremely quickly and extremely cheaply.”

See the full interview between CNBC and Spencer Bogart here: 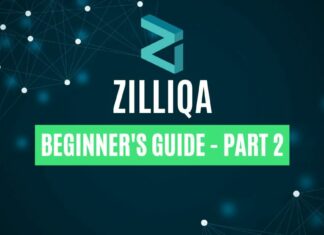 The Latest Guide to Zilliqa – Part 2