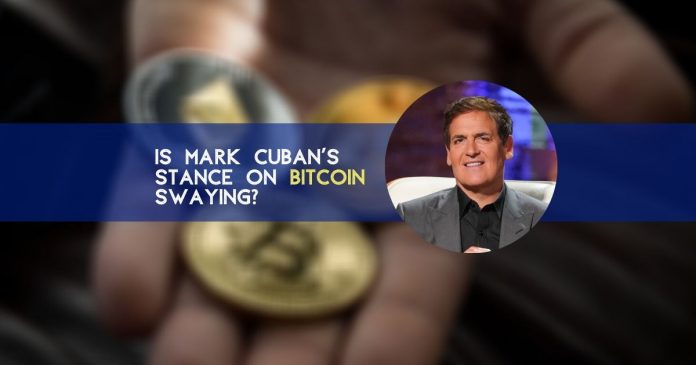 Popular American investor and entrepreneur, Mark Cuban is one of Bitcoin’s most prominent critics. He has recently stated that BTC can be a store of value, after all, revealing a little sway in his stern stance against the adoption of the top cryptocurrency.

The tech billionaire made this statement in a twitter conversation with Bitcoin maximalist Preston Pysh.

I can't take the misuse of this terminology any more.

Here's my point of view.

Central banks are aggressively "inflating" the fiat monetary base. Since 2008, the US federal reserve has expanded their balance sheet from .8T to 7.1T. Post 1 pic.twitter.com/B392HgNWH3

Cuban who has attacked the digital asset several times once again took aim at the crypto claiming that it has “no intrinsic value.” He had previously mentioned that he would “rather have bananas than Bitcoin.”

Additionally, the American billionaire hinted that he’d support Bitcoin if it were easier to use. And if it could be spent without having “to convert” it to fiat currency. Previously branding it as too hard to understand.

While Cuban keeps criticizing the adoption of Bitcoin, it’s worth noting that he has previously invested in multiple crypto businesses. Including a digital token e-sports betting platform, crypto venture capital fund, amongst several others.

Topping the list is the fact that Dallas Mavericks, Mark Cuban basketball team will now accept Bitcoin as a method of payment for game tickets and merchandise. The NBA’s Dallas Mavericks through BitPay will process all BTC payments from the team’s website.

Dallas is also the second NBA team to accept Bitcoin. The Sacramento Kings became the first team to adopt Bitcoin in 2014. They also make use of BitPay’s gateway.

Notably, BitPay is the largest blockchain payment processor of the cryptocurrency in the world. In 2018 alone, BitPay processed over $1 billion in payments for the second consecutive year.

While the NBA’s Dallas Mavericks governor maintains that Bitcoin has zero chance of becoming a global reserve currency, that could challenge the US dollar. He has voiced his support for blockchain technology.

“I can make a great argument for blockchain. There’s a lot of applications and they’ll be used. But you don’t need public Bitcoin. You can create blockchain on your own without using all the available cryptocurrencies,” said Cuban.

Notably, Bitcoin’s utility has recently been under fire with Goldman Sachs’s recent statement dismissing the leading digital currency as a legitimate asset class.

Cuban isn’t the only billionaire with a strong dislike for cryptocurrencies. Warren and Donald Trump are also popular anti-crypto. However, Mark Cuban is a critic against Facebook’s decision to create a cryptocurrency to rival bitcoin. Claiming that a global currency like Facebook’s previous planned project Libra could be “dangerous.” 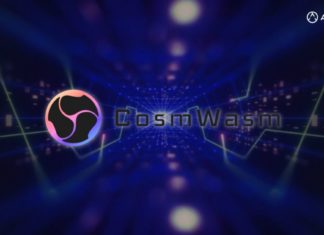 Martin Young - July 1, 2022 0
CosmWasm is the developer smart contract platform for the Cosmos ecosystem. It enables developers to build decentralized applications for the Cosmos network. The name comes...