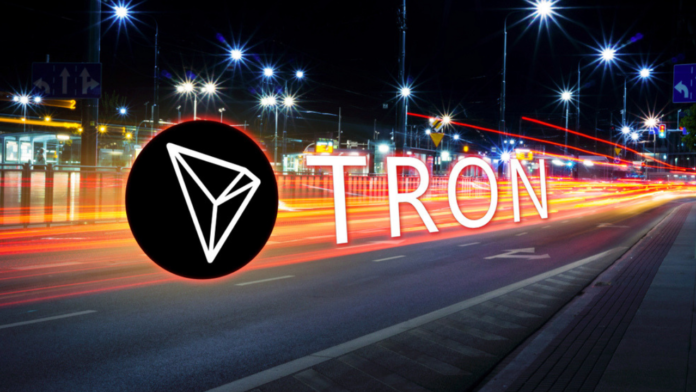 Tron’s recent performance sure deserves attention. But is its creator, Justin Sun, trying to generate more hype to facilitate the coin’s adoption?

This week Justin Sun grabbed the crypto community’s attention when he tweeted that TRX successfully recorded a milestone of 2.53 Million transactions in a day and had an address growth of 32,293 in the same time period. 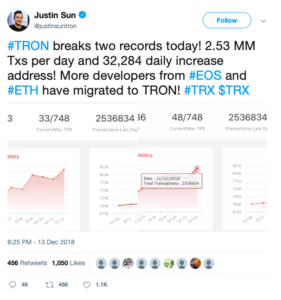 He also added a curious detail: apparently, developers from EOS and ETH have migrated onto the platform which is most probably one of the main reason’s behind the growing transaction volume.

The today’s data available on Tronscan shows that 2891857 transactions took place this day meaning that there has been an additional increase since Sun’s tweet.

However, there is a little nuance. Justin Sun is a man highly susceptible to hype; in fact, some bluntly call him the hypeking, as he likes to create an air of mystery around Tron and its potential partners which allegedly include unknown industry giants worth billions of dollars which all of us are literally supposed to guess.

The latest tweet by Sun has a similar taste to it. After all, despite Tron’s attempts to engage developers through the $1 Million accelerator program, Tron’s market performance is still unimpressive. Currently, it trades at $0,013 and little indicates that it will soon skyrocket or become as hot as Ripple.

Sun might realize this truth all too well and thus he is once again trying to create some hype around the coin ignored by big exchanges. Thus, in its latest announcement Coinbase has not mentioned TRX as one of its potential additions, while Robinhood, the popular commission-free trading app, is still only considering listing Tron. On top of that, Bakkt, a new digital asset platform initiated by the Intercontinental Exchange, the parent company of the New York Stock Exchange, has not yet responded to Misha Lederman’s passionate letter why it should list Tron on the exchange. 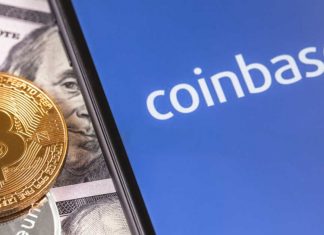 A Former Congressman Calls On SEC to Declassify Crypto as Securities