A new report drafted by the bank’s Global Research unit, appear to be bullish on cryptocurrencies, despite past criticism from Jamie Dimon, Chairman, CEO and President of JPMorgan.

The general outlook on cryptocurrencies have been great lately, and now JPMorgan also has positive things to say about cryptocurrencies. In a report, which is titled “Decrypting Cryptocurrencies: Technology, Applications and Challenges”, JPMorgan said:

“CCs [Cryptocurrencies] are unlikely to disappear and could easily survive in varying forms and shapes among players who desire greater decentralization, peer-to-peer networks and anonymity, even as the latter is under threat,”

Moreover, the report also predicts that one day, digital currencies could play a decisive role in the diversification of global bond and equity portfolios:

“If past returns, volatilities and correlations persist, [cryptocurrencies] could potentially have a role in diversifying one’s global bond and equity portfolio. But in our view, that is a big if given the astronomic returns and volatilities of the past few years.”

“If [cryptocurrencies] survive the next few years and remain part of the global market, then they will likely have exited their current speculative phase and would then have more normal returns, volatilities (both much lower) and correlations (more like that of other zero-return assets such as gold and JPY).”

The cryptocurrency market is very volatile and it has been like that since the beginning. That is also one of the main issues with cryptocurrencies, because very few people will spend their coins, since the coins potentially could be worth double the day after. Shops have the same problem, they will not accept cryptocurrencies, due to the fact that, the value of a coin could be cut in half in no time as well. However, if the volatility decreases, then people will start spending their coins as currencies instead of speculating, which essentially is the ultimate goal for many cryptocurrencies.

Even though the report was positive in general, JPMorgan still pointed out a few issues with cryptocurrencies, one of them being the problem with anonymity for a state-issued cryptocurrency.

“On the one hand, privacy has come to be seen as an implicit constitutional right, and that may extend to monetary transactions,” said the author. “On the other hand, there are several laws on the books intended to prevent the financial system from being used to launder money or finance terrorism and other activities.” 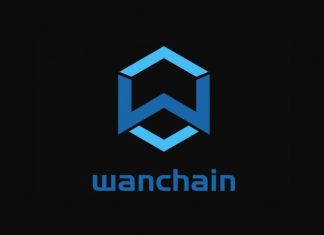