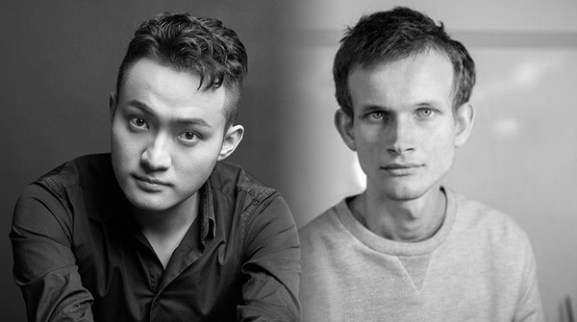 Will Tron’s network become more superior than Ethereum’s? Justin Sun has claimed just that. “From today to the last day, we are no longer the ERC20 token and in the future, we will compete with Ethereum as a DApp platform,” said Sun “We will compete face to face with Ethereum and we have confidence we will build a large ecosystem; A much larger ecosystem than Ethereum. I will explain to you why we can surpass Ethereum in the future.”

On April 21st Tron airdropped 30 Million TRX tokens to all people who as of January 1st, 2018 hold over 1 ETH. One could ask, what was the motive behind this gesture? Justin Sun claimed through Twitter he was giving back to the community. “Tron wouldn’t be where we are today without Ethereum.” Sun has said in the past. “But we want to solve issues when we see them.”

Despite the high hopes that Justin Sun and many others have for Tron, there is still much that needs to be done for the token to live up to expectations. Today Ethereum currently holds more DApp Developers. Sun is hoping after the launch TRX will have the superior number.

There is no denying that Justin Sun and the Tron team are one of the top tokens when it comes to marketing efforts. However, just being a loud voice in the community does not mean it will yield actual results. What Tron is trying to achieve could be massive, but some are wary that the vocal marketing efforts just come out as pure hype. Example being; Justin Sun’s tweeted List of the 7 reasons why TRX is better than ETH. Along with that list, Justin was trolled and criticized by a plagiarizing claiming Vitalik Buterin who gave the 8th reason “Better white paper writing capability (Ctrl+C + Ctrl+V much higher efficiency than keyboard typing new content)”

On May 31st Tron’s Main Net is scheduled to launch and TRX will no longer have its ERC20 identity and leave the ETH platform. While some remain bullish about this date for a long-term hold, there are still a number of people who are also waiting for the price drop after the expected pump coming in May. It is certain that weeks leading up to the May 31st launch are going to be interesting to watch.

Top Updates From the Solana Ecosystem | May Week 2